Indore (Madhya Pradesh): The newly appointed president of the All-India Congress Committee, Mallikarjun Kharge, will also join the ‘Bharat Jodo Yatra’ in Mhow on November 26. He will come to Indore in the evening of November 26 and leave for Mhow by road to pay tribute to Dr Bhimrao Ambedkar at Bhim Janambhumi.

Later, he will also address a public rally organised at Dream Land Square in Mhow to remember the contributions of Baba Saheb Ambedkar and importance of the Indian Constitution in society.

Spokesman of the Indore Congress Committee Amit Chourasiya said, “The AICC chief will stay in Indore on November 26 and leave for Gujarat on November 27. Kharge will pay tribute to the ‘Father of the Indian Constitution’ and first law minister of the country. November 26 is one of the most important days for our country as commemoration of the adoption of the Constitution of India took place on that date.” Besides preparing to welcome the ‘Bharat Jodo Yatra’ with pomp and show, Congress leaders have also decided to organise a rock band event of rapper Divine at Chiman Bagh, where Rahul Gandhi and the yatra will stay on November 27. Along with Divine, rapper MC Altaf and DJ Proof will also perform in the event.

‘The event will be organised under the aegis of AICC secretary Satyanarayana Patel. The programme will start after Rahul’s public rally ends at Rajwada on November 27,’ Chourasiya said.

Congress leaders are also trying to organise a performance of singer Sukhwinder Singh. The event has been planned to attract and add youngsters with the yatra.

Earlier, Congress workers also distributed invitations to people in many wards and asked them to join the yatra and support the cause for which it was being taken out. 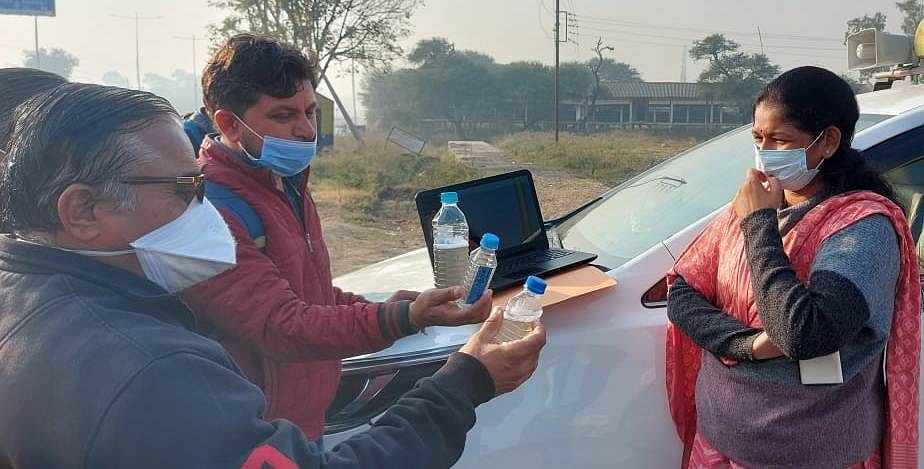