The photo of the horse went viral on social media, with animal lovers criticizing BJP leaders for cruelty against the animal.
Staff Reporter 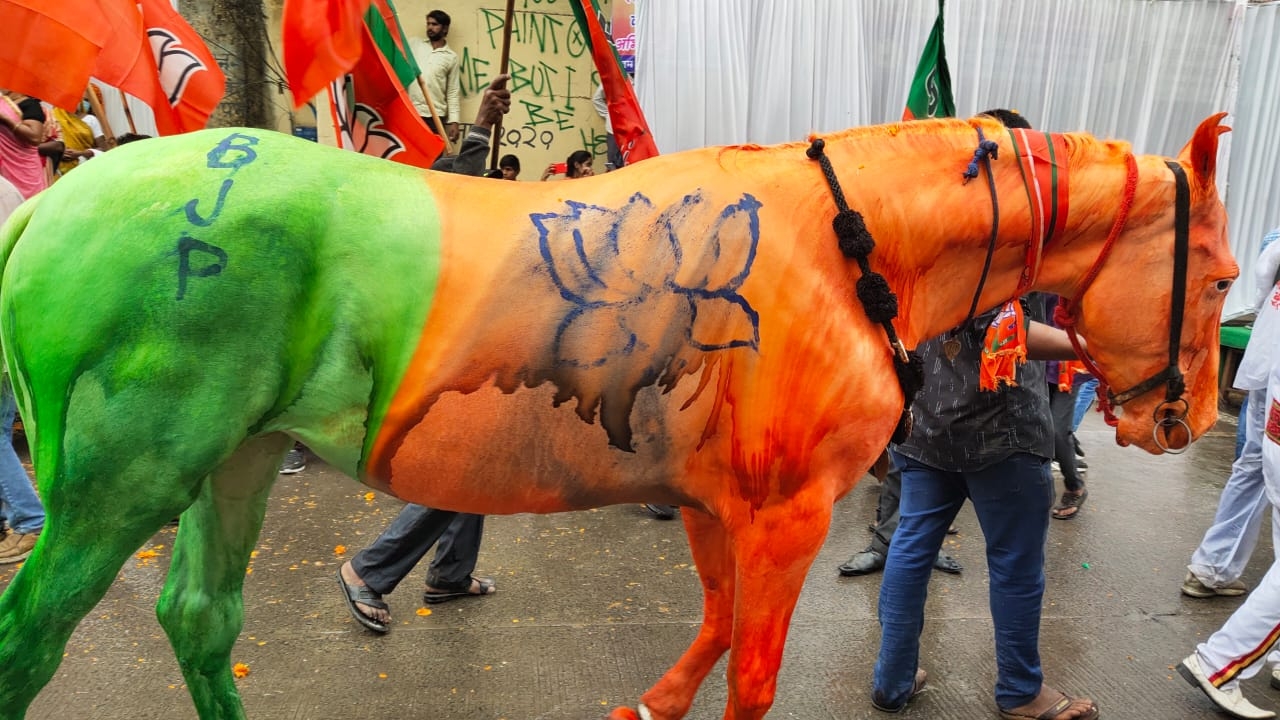 Indore (Madhya Pradesh): Indore unit of People for Animals has lodged a complaint to police after a horse painted in BJP colour was seen in union civil aviation minister Jyotiraditya Scindia’s Jan Ashirwad Yatra in Indore.

A local BJP leader took the horse at Jan Ashirwad Yatra held on Thursday in Indore. The horse, who was brought by ex-corporator Ramdas garg, was painted with orange and green forming the BJP’s flag. While the name of the party was written on horse’s back, the party’s symbol-Lotus- was also drawn.

The photo of the horse went viral on social media, with animal lovers criticizing BJP leaders for cruelty against the animal.

Following outrage of animal lovers, Priyanshu Jain, a representative of BJP MP Maneka Gandhi led NGO- People for Animals- approached Sanyogitaganj police station and lodged a complaint. However, police are yet to register the case.