Bajrang Dal claims that temple has been there for decades.
Staff Reporter 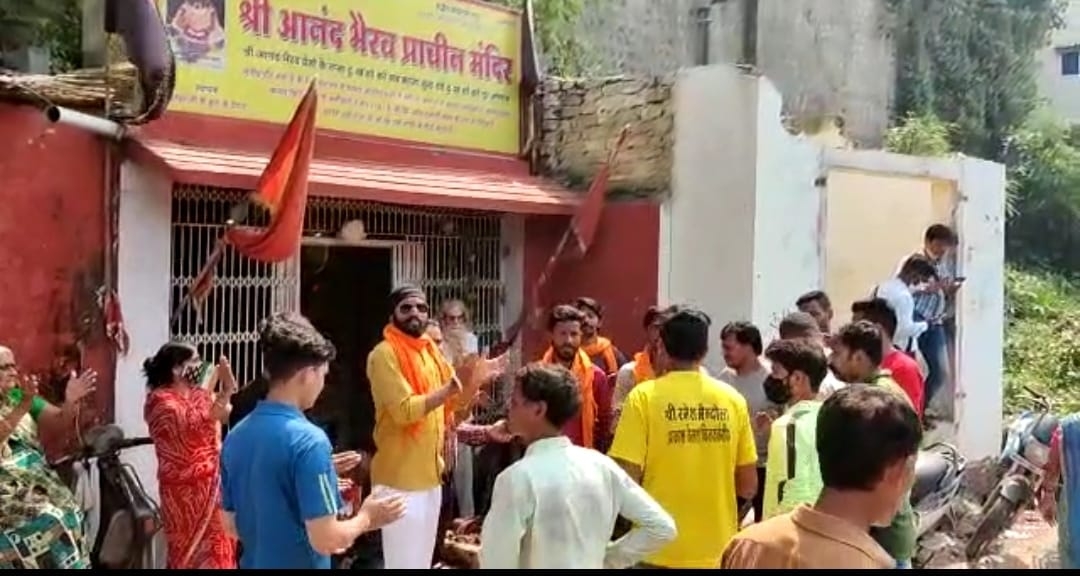 Indore (Madhya Pradesh): Members of Bajrang Dal on Thursday protested against the shifting of Bhairav temple near Chandrabagha Bridge.

Convenor of Bajrang Dal’s Indore division, Tannu Sharma said that the temple had been there for several decades, but Indore Municipal Corporation officials were saying that it had been built by encroaching the government land.

"The temple is not an encroachment and it has been here for years. There is no reason to shift it. This is wrong," Sharma said.

The Indore Municipal Corporation recently removed the encroachment from the area and also declared the temple as an encroachment.

At least 50 members of Bajrang Dal on Thursday reached the temple and staged a protest against the IMC officials, who had also reached there to shift the temple.

The IMC officials later postponed the shifting and they made an announcement from loudspeaker that the temple was not being shifted.