Indore: Arguments on the bail applications of the four accused in honey trap case could not be held in Indore bench of Madhya Pradesh High Court on Tuesday as the government sought time to present some documents related to the case.

Giving time to the government, the court extended hearing till June 29.

Honey trap case accused Shweta Vijay Jain, Shweta Swapnil Jain, Abhishek and Monica are in jail for a long time. The four accused had submitted bail petitions in the High Court saying that the court may take a long time in deciding the case. They stated that since the police have completed the investigation in this case and chargesheet was also produced in the district court.

They said that there is no scope of influencing any witnesses at this juncture, so they should be released on bail.

In September 2019, Harbhajan Singh, the then superintendent engineer of Inodre Municipal Corporation, lodged a complaint with Palasia police station that some women were blackmailing him for Rs 3 crore in the name of some obscene videos.

Police had arrested half a dozen accused in the case and sent them behind bars. 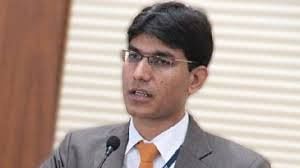