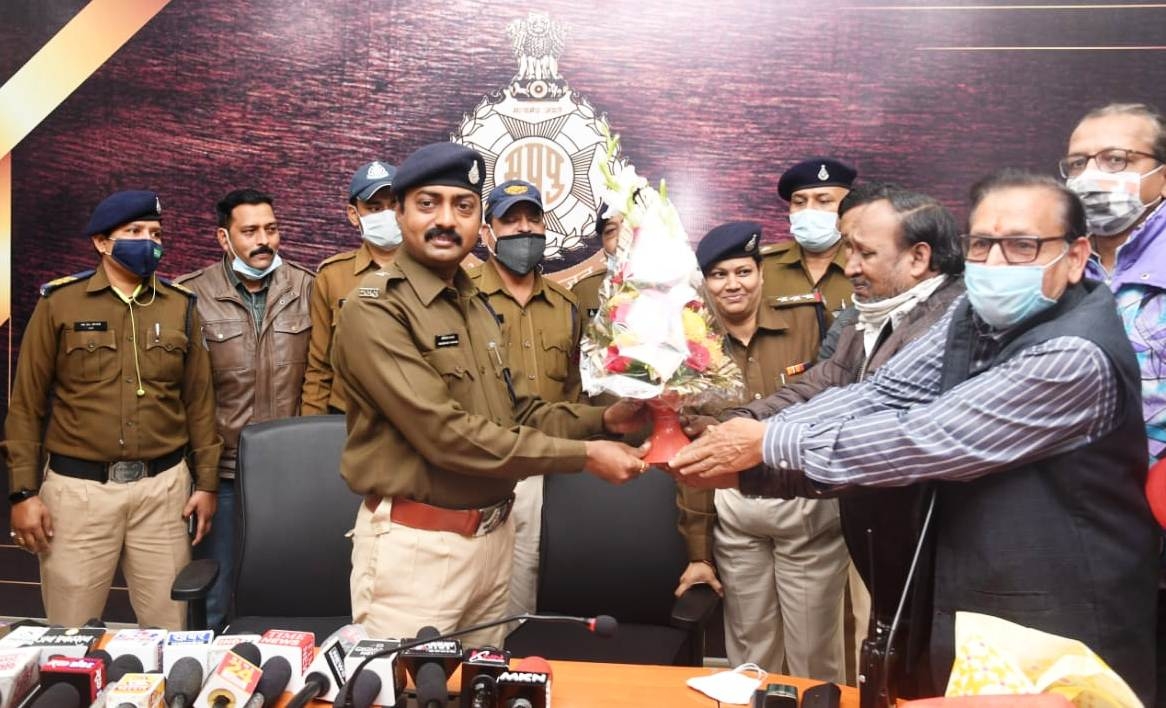 Indore (Madhya Pradesh): Seven persons including two police personnel and the prime accused, were arrested by the police on Thursday for extorting Rs 11 lakh from a trader from Nagpur after kidnapping him in a car in the Chhoti Gwaltoli area. The accused had told the complainant that they would provide him with cigarettes worth lakhs of rupees at a cheap price before abducting him. The police have recovered Rs 7.9 lakh from them and the police are hunting for three of their accomplices.

Rohit Agrawal, a medicine trader from Nagpur, lodged a complaint on Wednesday night, saying he often came to the city on business. He met a person named Ashish Gurjar, a resident of the Sundar Nagar area, in a bar at Vijay Nagar three months ago.

Ashish had told him he had 36 cartons of cigarettes which he could provide him at a cheap price. The accused had tried to lure Rohit with tales about cheap cigarettes many a time.

Rohit told his father-in-law the same story and arrived in the city on December 29 to buy the cigarettes. Rohit gave Rs 1 lakh to Ashish as an advance amount after which Ashish assured him that he would provide him the goods after making a phone call.

On January 3, Rohit reached the city and stayed in a hostel in the Chhoti Gwaltoli area where Ashish and his accomplice met him. Rohit’s father-in-law, Ramavtar, arrived in the city from Agra with Rs 10 lakh the next day. The two accused and the complainant’s father-in-law stayed in the hotel, while Rohit was taken to a place by the accused on the pretext of delivering the goods.

After reaching Mangliya, the accused abducted Rohit in a car at gunpoint. They thrashed Rohit and told him to call Ramavtar to hand over the money to their accomplices staying in the hotel. Ramavtar obligingly handed over Rs 8.8 lakh to them. The accused fled from the hotel with the cash. They threatened Rohit and took Rs 1.2 lakh more from Ramavatar after reaching the hotel. After taking money from the complainant, the accused damaged his mobile phone’s SIM card and threw it in an isolated place. They threatened to kill him and fled from the scene. The complainant informed his local relatives about the incident and he and Ramavtar lodged a complaint at the police station.

After a case was registered, a police team led by Chhoti Gwaltoli police station-in-charge Savita Choudhary launched a hunt for the accused. The police examined the CCTVs of various places and found two suspects on a scooter. They later arrested Ashish Gurjar from his home. Following a lead he gave, the police arrested his accomplices, Anoop Pandey of Rajiv Awas Vihar Colony, Vinod Mourya of Shyam Nagar, Avdhesh Singh Kushwah of the Shrinagar area and Pramod Dubey of the Niranjanpur area of the city. A search is on for the other accused, Chetan, Prince and Tripathi. The accused had allegedly given some cash to on-the-run accused Tripathi.

According to the complainant, when he was abducted, one of the accused had introduced himself as a Crime Branch officer and another was wearing a police uniform. So far, the police have recovered Rs 7.9 lakh, a firearm, 10 cartridges, a car, a scooter and a bike from the accused.