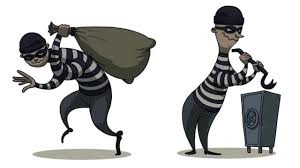 Indore (Madhya Pradesh): A day after the robbery at an astrologer’s house in Bhanwarkuan, another case of robbery was reported in Tejaji Nagar area on Friday, where some armed men entered a house and robbed cash and valuables worth lakhs of rupees. The accused also thrashed the family members when they resisted.

Interestingly, the police have registered a case of theft and said that further investigation is underway.

The incident took place at the house of Radheshyam Girwal in Goya Kelod Kankad near Teen Imli at around 2.30 am on Monday. Radheshyam, his wife Gauri and children were inside the house when 7 armed men entered the house and they took away Rs 20,000 in cash and jewellery worth over Rs 2 lakh.

Radheshyam’s wife told the media persons that 7 men entered the house and one of them placed a sickle to her throat. Four other men threatened her husband and children and took the cash and jewellery kept in the almirah. She said that the accused also beat the family members with a stick when they tried to oppose them. According to the woman, the accused were carrying sickles, sticks and another sharp-edged weapons. They fled the scene after threatening the family members. They were so scared of the accused that they reported the matter to the police four days after the incident. Tejaji Nagar police registered a case against three to four men under Sections 380, 382, 457 of the IPC and started an investigation into the case.

CSP Motiur Rahman said that it was a case of theft and not of dacoity. However, statements of the family members are being taken. Police were clueless about the accused till the filing of the report.

Jewellery was kept for daughter's wedding

The family members told the police that they had kept the jewellery for their daughter’s marriage. Some of the ornaments were bought recently. They were planning to fix the marriage function of their daughter in the coming months. Madhya Pradesh: Man whose wife was allegedly raped and murdered by her father ends life