During the investigation, it was found that on October 5, there were 27 suspicious transactions from the ATM and Rs 2,70,000 was stolen from the machine

Indore (Madhya Pradesh): In a shocking incident, two unidentified men managed to siphon off Rs 5 lakh from the ATM of a private bank in the Vijay Nagar area, the police said on Tuesday. Before decamping with the cash which was “retrieved” with the “help” of three debit cards of different banks, the accused had switched off the power supplies to the machine and stole the cash. After the bank’s vigilance team informed the bank manager about 50 suspicious transactions, the bank officer lodged a complaint with the police. Two suspects were seen in the CCTV but they have not been arrested till this news report was filed.

According to Vijay Nagar police station in charge Ravindra Singh Gurjar, the branch manager of the bank, Parag Ojha, had lodged a complaint that he had received an official email from the bank’s vigilance team that there were 50 suspicious transactions at an ATM booth under the bank. The manager, after receiving an email, checked the transaction details of the ATM machines and found that unidentified persons withdrew Rs 4.99 lakh following 50 transactions!

During the investigation, it was found that on October 5, there were 27 suspicious transactions from the ATM and Rs 2,70,000 was stolen from the machine

Rs 2.29 lakh was stolen in 23 other transactions on October 6. The complainant informed the police that three ATM cards of different banks were used in the transactions.

The complainant stated that two persons were seen in the CCTV installed in the ATM booth. When one of them inserted the card in the machine and he entered the PIN, another youth went behind the machine and switched off the power supplies. It is said that during this transaction, the accused siphoned off the money but the transaction was not shown.

As the incident happened about two months ago, it was a challenge for the police to identify the accused. The police are trying to know about other such incidents in the city and the CCTVs of other areas as well.

ATM robbers and smart thieves continue to be on the prowl. Their smart and unique ways to siphon off money from the ATMs have left the common man baffled. The cyber cell of the cops has to be extra cautious in order to catch up with these masterminds. The cyber cops need to be a step ahead and hence are required to upgrade themselves and their search techniques in order to nab them. Meanwhile, for the aam aadmi, their hard earned money is not safe in the ATMs. 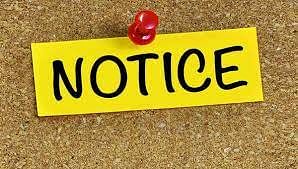 Indore: IMC to launch its green bond IPO on February 10