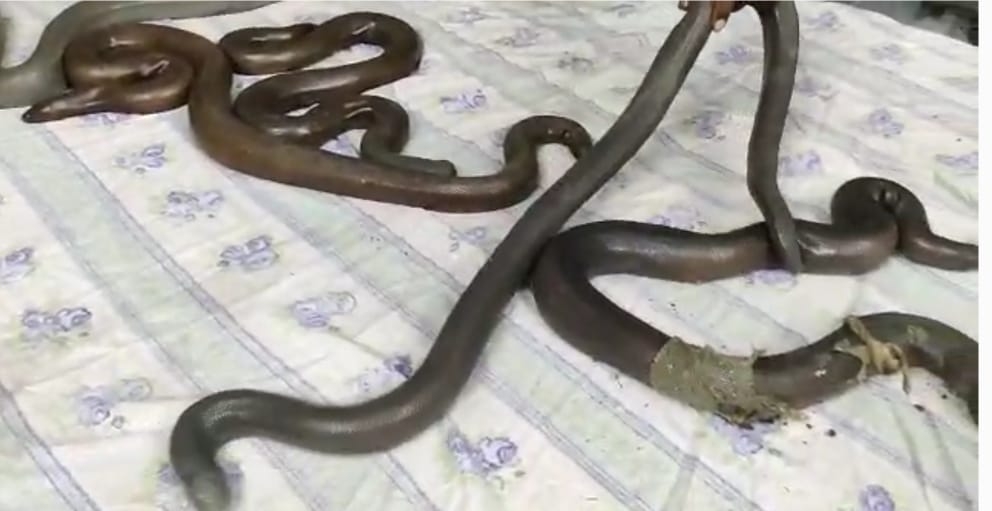 The Special Task Force on Friday arrested four persons while they were illegally carrying five Red Sand Boas (commonly known as 'doh muhiya sanp' - snake with two heads) worth Rs 2.25 crores in the black market. The accused were carrying the snakes from Dewas district to sell them to someone in the city.

SP (STF) Manish Khatri said a tip-off was received that some men from Satwas in Dewas district were reaching the city on two bikes with some Red Sand Boas.

The team of STF inspector Saharsh Yadav verified the information after which the team was sent to Khudel area from where four men were caught with five Red Sand Boas. They were taking the snake in a bag in order to mislead the police.

The accused have been identified as Vishnu Mali and Rahul Ghawari, the residents of Kantaphod area in Satwas tehsil of Dewas district, Hariom Hirwa of Musakhedi area (hailing from Satwas) and Dayaram Bhargav of Bagli in Dewas district.

The STF officials seized the five snakes, two bikes and three mobile phones from the accused. The accused allegedly confessed that they were reaching the city to sell the snacks to someone.

The value of the snakes is about Rs 2.25 crores in the black market. It is said that Red Sand Boa is used to perform witchcraft and to make medicines and is therefore in high demand. Khatri said that after the court order, the snakes were handed over to the zoo management.