It is one of the major and the busiest road in the village and has not been repaired ever since it was paved.
FP News Service 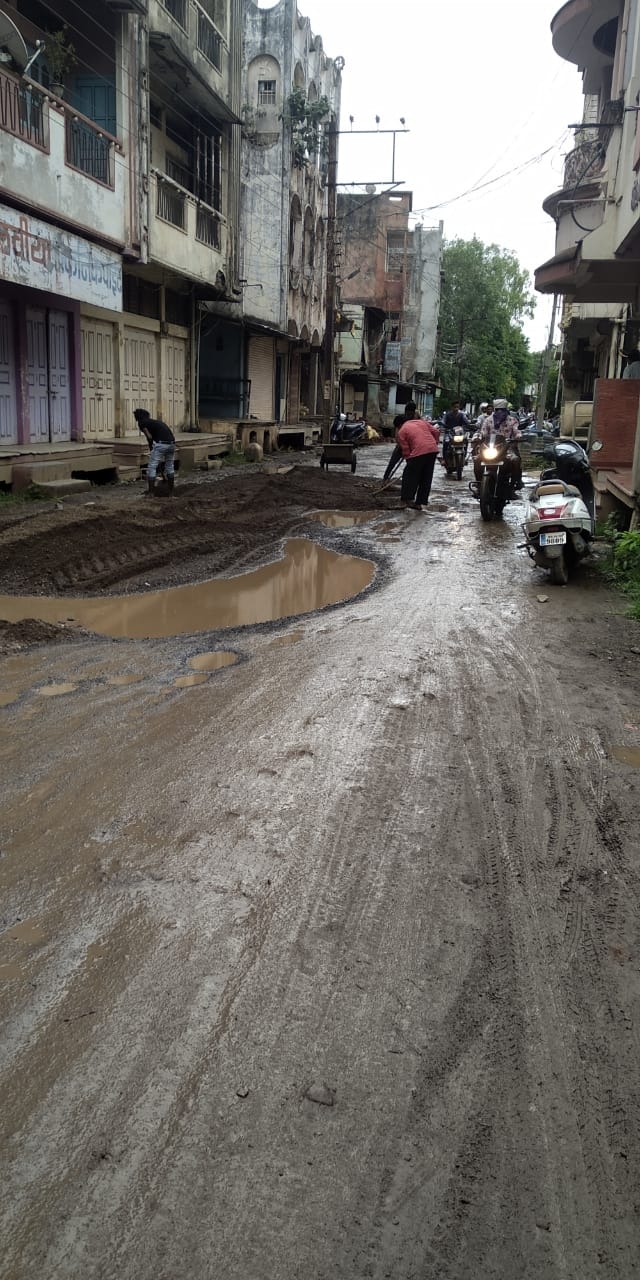 Khetia: Acting on a report published in Free Press, local administration has decided to undertake asphaltation work on broken MG Road. Refurbishment of the road would offer a major relief to people of Khetia village in Barwani district.

On August 12, Free had prominently raised the issue of how during the pandemic and monsoon Khetia villagers were facing problems while commuting on the broken road named after the Father of the Nation Mahatma Gandhi.

It is one of the major and the busiest road in the village and has not been repaired ever since it was paved.

Contacted Khetia chief municipal officer Ishwar Mahale said that asphaltation work was underway. Sand and gravel filling work has already started. Mahale added that construction work between Ravindra Tagore Square and Subhash Square via Gandhi Square had been proposed under the first phase. “We have already called a tender for the same and council would soon finalise construction agency.

Meanwhile, locals are irked with Madhya Pradesh Road Development Corporation (MPRDC) for not improving the condition of the road. Vehicles seldom ply over the road, owing to the fear of damage.

A local said that in the past authorities were apprised of the issue on numerous occasions but in vain.

“We are worried about the condition of the road. Unfortunately the administration is not paying heed to our cries. We therefore request administration to look in to it”, villagers said.

During construction of Khetia – Sendhwa state highway- MPRDC had constructed a road up to nagar panchayat office. The portion of the road, including road construction over a bridge connecting Madhya Pradesh and Maharashtra, was left incomplete. Corporation takes refuge in technicalities to defend this and maintains that this is not the part of their detail project report (DPR).

As a result condition of road is worsening by the day. Villagers claimed that loopholes in DPR, prepared by officials, resulted in the nagging problem.

Villagers added that both PWD and MPRDC are equally responsible for the condition of the road and now both are shifting onus on each other.

However, local body’s efforts could have brought some relief to the people of Khetia who are eagerly waiting for better road condition in the village.