The accused attacked when brothers were sleeping. Knives, sticks and sword were used for assault.
Staff Reporter 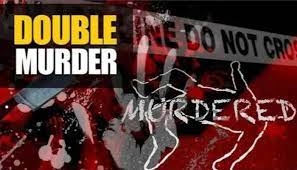 Brothers were sleeping when they were attacked by neighbours with knives, sticks and a sword, which caused their death |

Indore (Madhya Pradesh): Two brothers, who were sleeping in their house, were beaten to death by their neighbours over a petty issue in Chandan Nagar on Friday early morning. Their mother received severe injuries as she intervened. She is not in a position to give statements to police.

A case has been registered against eight people including three women and most of them were arrested within few hours of the incident. They fought on Thursday evening too after which police had booked both the parties for manhandling each other.

They lived in the house with tin sheets. They were sleeping when they were attacked by neighbours with knives, sticks and a sword, which caused their death. Their 70-year-old mother Noor Bano was critically injured. The police have registered a case against Sikandar, Karim, Sufiyan, Yasin, Arbaaz and three women under IPC. A search is on for them.

Tomar said accused were making a makeshift room with tin sheets when Naim had an argument with them. The accused and Naim’s family members fought each other on Thursday evening.

Preliminary investigation revealed that accused Sikandar is brother of one of the women accused and lives in Amarawati in Maharashtra. He reached the city at around 3 am. Police believe that they prepared a plan and attacked Naim and his brother. A resident told media that accused has encroached upon lands in the area. Police investigation is on.