Don't Mind It: For Rajini fan Venkatesh Iyer, it'll be another year of 'sticking to my process'

The young man doesn't want to change anything and stick to the same "process" in his cricketing journey in 2022.
IANS 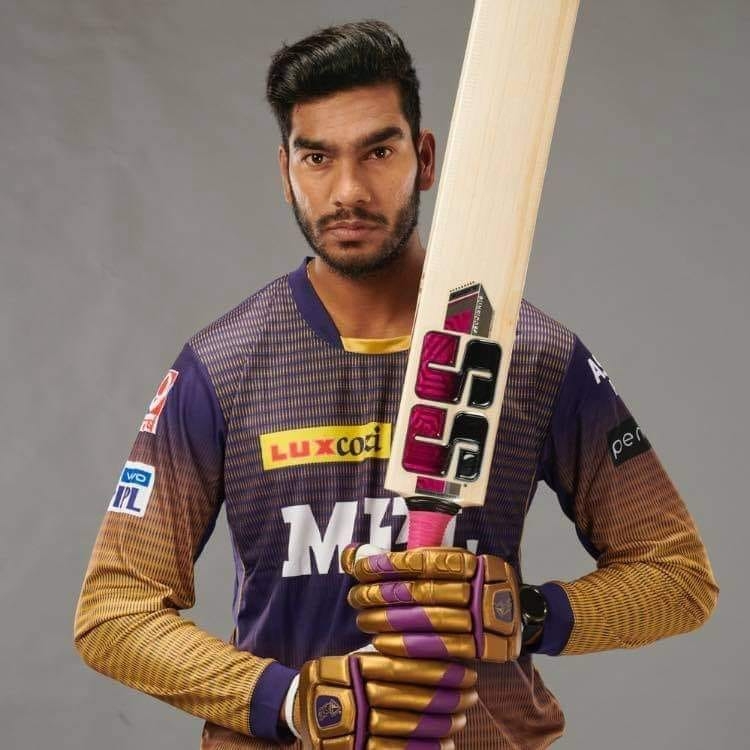 New Delhi/Indore (Madhya Pradesh): The 2021 was nothing short of a movie blockbuster year for Venkatesh Iyer - he took Kolkata Knight Riders to IPL final, made his India debut, and last month dedicated his brilliant ton to superstar Rajinikanth.

The young man doesn't want to change anything and stick to the same "process" in his cricketing journey in 2022.

An MBA in Finance, Iyer - is a big fan of Rajinikanth, admirer of Alastair Cook and his favourite batter is Sourav Ganguly.

Notably, they all are left handers and Venkatesh's liking is quite understandable, since the 27-year-old stylish all-rounder, too, is a southpaw.

He has a DP (Display Picture on WhatsApp) of Kaala - Rajinikanth's character in a movie named Kaala and he displayed his love for the legendary actor, last year as well, by dedicating his sensational century to Rajinikanth on Thalaivar's 71st birthday during the 2021-22 Vijay Hazare Trophy.

When IANS enquired about the reason for it, the humble boy replied, "Oh, I am a big fan of Rajini sir."

It seems the cricketer has adapted Rajini's style in his batting as well and the way he hammered bowlers in the IPL 2021, while playing for KKR in the UAE, was the glimpse of it.

The young star may have an aggressive approach in the field, but off it, he is very calm. Asked about his new year thoughts, he answered in a stylish way: "Just another year where I've to keep sticking to my process".

Following Venkatesh's stunning show in IPL 2021, the all-rounder has gone on to make his international debut for India.

He was part of the Indian T20 team against New Zealand and played all three matches. And now, the all-rounder has been named in India's 18-member squad for the upcoming three-match ODI series in South Africa.

The Madhya Pradesh cricketer will hope to make an impression with both bat and ball in the upcoming series.

"I am extremely happy. Obviously if you are a part of your country's team that's something to be happy about. I look at it as an opportunity to go and perform. I first informed this news (ODI selection) to my family and they were extremely happy. They blessed me and then they asked me to again concentrate and focus on my game to go and do well for the country.

"I think it is a journey that I have always wanted to have you know being consistent. Not just in one format of the game but across formats. So obviously it is very pleasing and I look to make this a prolonged run and not the short one," Venkatesh told the news agency.

Asked if his strength is batting or bowling, the all-rounder said, "I think as an all-rounder it's important for me to contribute in both the departments so I won't pick one. I want to perform equally in both departments of the game."

So which position would you want to bat? Venkatesh said, "As a professional cricketer, you have to be flexible. You need to be ready to bat at any position. Irrespective of whichever team you are playing for. So, I have trained my mind accordingly wherever I get to bat in whichever role, I look to do well there and contribute in whatever way possible. I am not looking as you know something rigid."

"When it comes to the role, I am ready for any role the team management asks me to do. That's what I am focusing on."

Asked what all he has learnt till now during your interactions with seniors like Virat Kohli, Rohit Sharma and MS Dhoni, the KKR cricketer said, "With my interactions with these greats, I think I have got to pick their brains, on how they approach any big game... for that matter any game representing your country."