Even through circles are drawn outside the shops people were standing close to one another, breaking the social distancing rule.
Staff Reporter 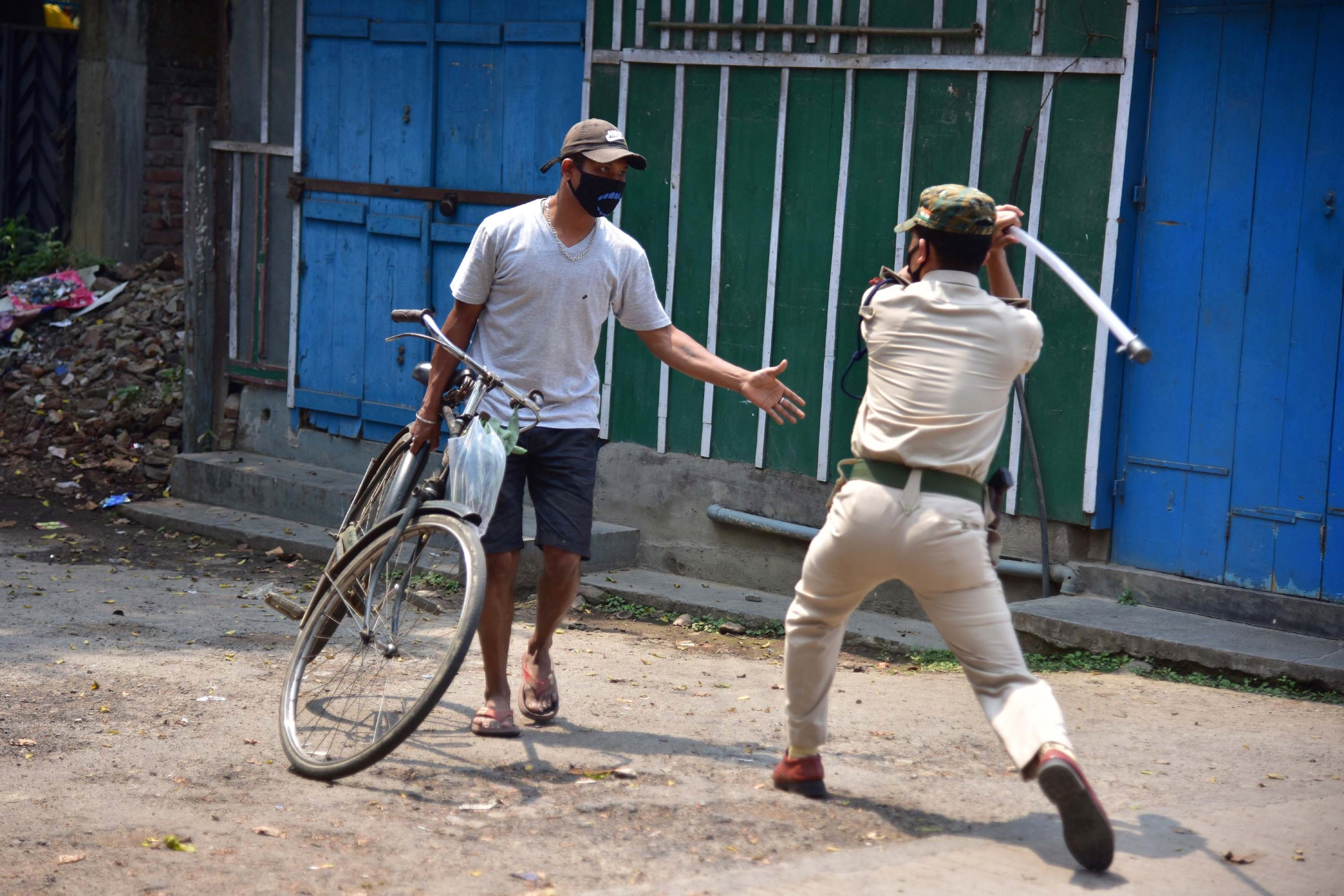 Indore: The curfew relaxation period on Thursday provided a study in contrast between two sections of society. While one section in the city, mainly the well-heeled gentry, is following the guidelines of social distancing and staying in their homes, the other section, mainly in Muslim-dominated and slums appear to have thrown all regulations to the winds. They are not following social distancing and are crowding in the markets and are not even staying in their houses.

According to doctors, such careless behaviour is endangering the lives of everyone in the city and state, if not the country. Health department officials fear that while there are nine positive cases in the city so far, the numbers will explode in the coming weeks if such behaviour continues.

The district administration and Indore Municipal Corporation have marked circles one metre apart outside shops selling essentials so that people can stand there and maintain social distancing and stop the spread of the coronavirus.

But, crowds gathered in the shops in the Muslim community dominated areas such as Chandan Nagar, Khajrana, Azad Nagar and also same situations were seen in Siyaganj, Ranipura, Chhavni, Malwa Mill, Gomo-ki-Phel and other such areas. Also, people are not following the rules framed by the administration in the various mandis. Photographs show crowds of up to 200-300 milling around in these areas.

In Azad Nagar, a large number women, wearing burkhas, could be seen gathered outside a grocery shop, and they were even jostling and quarrelling amongst themselves.

Similarly, in Chandan Nagar, a mixed crowd of men and women were seen at various grocery shops. Even through circles are drawn outside the shops people were standing close to one another, breaking the social distancing rule.

In Khajrana also people were seen roaming in the streets of the area and standing in groups outside the shops. The story was similar in Patnipura, Malwa Mill and Siyaganj area during the curfew relaxation period.

A similar situation was witnessed in Maalganj Sabji Mandi also where a crowd of around 200 people came out to purchase vegetables. Also none of the vegetable sellers were wearing masks.

In some areas of the city such as Tilak Nagar, Sapna Sangeeta, Sneh Nagar, Jawahar Marg, Kalani Nagar, everyone followed the rules. In some of these areas people came forward and helped the administration and IMC officials for marking circles and managing the crowd. In Tilak Nagar outside every essential commodity shop the team had marked circles before the relaxation hours. A large number of people came out to make essential purchases, but they followed the rules of social distancing. In Kalani Nagar, Jawahar Marg too people were aware and followed social distancing.

The police have failed in controlling the situation. Most of the police force have been deployed in the main road and crossing, but they are not entering the narrow streets and by-lanes where the real problem lies. The senior administration and police officials too have failed in this regard. Be it the divisional commissioner Akash Tripathi, IG Vivek Sharma, SSP Ruchi Vardhan Mishra or collector Lokesh Kumar Jatav, all are trying to control the situation by sitting in their offices and not by getting down on the field. The fact remains that the subordinate staff work their best if the seniors too are on the field with them.

Indore collector Lokesh Jatav said that the administration too is aware of the breeches that are taking place in the city. “We too have received complaints in this regard and are monitoring the situation. So far we have only asked the people with folded hands not to come out of their houses and obey social isolation, but if they are not following it willingly we are going to take strict action against these people.” 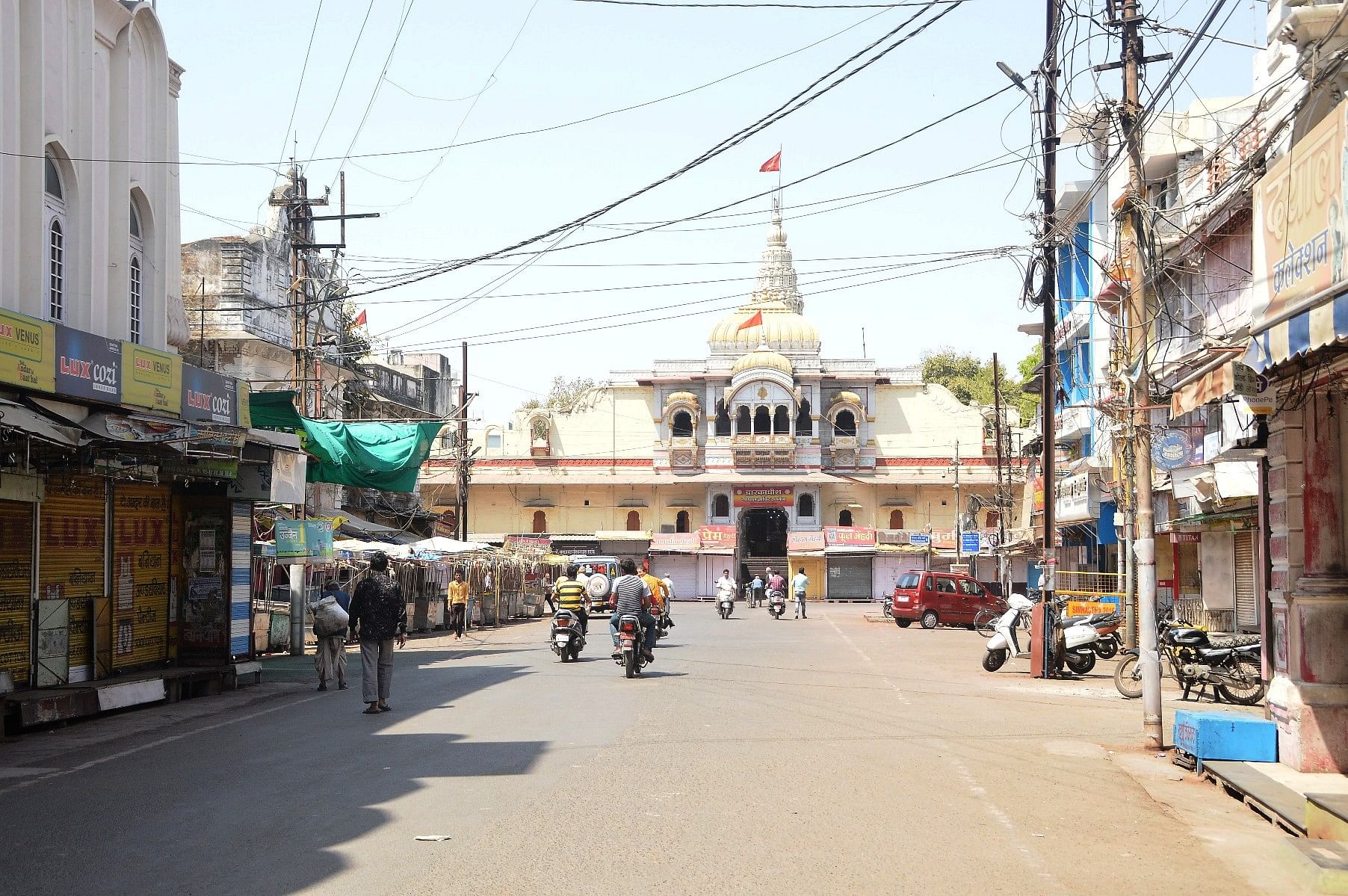