Both Rukmani Hada and Tarabai got 11-11 equal votes in the presidential election. The presiding officer announced the result by lottery.

Jaora (Madhya Pradesh): The elections for the post of president and vice president of janpad panchayat in Jaora were held on Thursday. The election process was conducted by the presiding officer Mrigendra Singh. Both the posts were won by BJP candidates.

Both Rukmani Hada and Tarabai got 11-11 equal votes in the presidential election. The presiding officer announced the result by lottery.

Seven-year-old tribal student Sonu took out the chit to decide the winner. Following which Rukmani won and elected as the president.

BJP candidate Alka Hariom Patidar and Durga Lal Atolia faced each other for the post of vice-president. In which Alka got 12 and Durga Lal got 10 votes to be elected the vice-president. Jaora MLA Dr Rajendra Pandey and former Alot MLA Jitendra Gehlot, playing an important role in the BJP's victory. 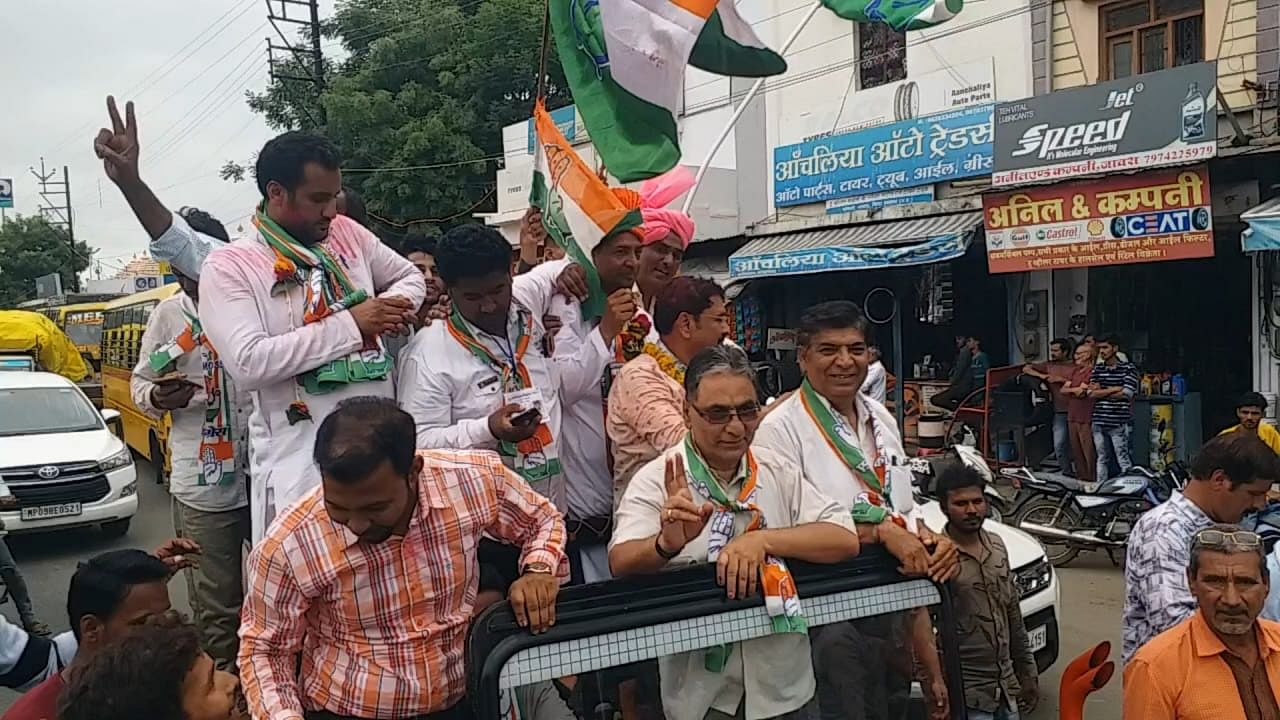