District collector and the district election officer Shivraj Singh Verma has suspended two school teachers after they reported on duty to collect voting material in inebriated condition on Thursday, a day ahead of third-phase polling in the district.

Those who were suspended include, returning officer and Niwali school of excellence teacher Rakesh Bhalse and a school teacher at Dondwa Ramsingh Solanki.

According to the information, the matter was revealed when Barwani sub-divisional magistrate Ghanshyam Dhangar was instructing everyone in the school of excellence regarding the preparation of elections since morning.

During this, Bhalse and Solanki reached the spot under the influence of alcohol. SDM Dhangar immediately informed district election officer Shivraj Singh Verma about this. After which the collector suspended Bhalse and Solanki with immediate effect.

After the teacher was caught under the influence of alcohol, they started making excuses telling the SDM that they consumed alcohol yesterday and have not drunk today. How the smell of alcohol was coming from both the teachers even from a distance of two meters, they don’t know.

Meanwhile, eyewitnesses informed that both the teachers were unable to stand properly and they were smelling even from a distance.

After the incident, senior officials warned all the officials and employees engaged in election duties that if negligence in election duty was seen or if found a drunk condition, action will be taken against them.

According to the information received from Returning Officer Barwani, voting material was being distributed to all the polling party members from the excellent school premises, Barwani since Thursday morning, at that time the SDM was caught red-handed under the influence of alcohol so that they could discharge their responsibility well.

Collector and District Election Officer Shivraj Singh Verma has directed all the sector officers and executive magistrates involved in the third and final phase to conduct surprise inspections at the polling stations and if any polling officer or employee is found to be drunk, inform the SDM so that immediate action can be taken against him. 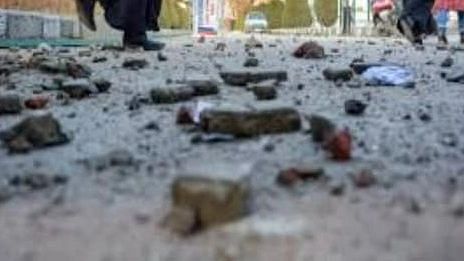