Three bridges are being constructed by MP Road Development Corporation on Khargone-Baroda Road between Rajpur and Julwaniya, which no official ever visited.
FP News Service 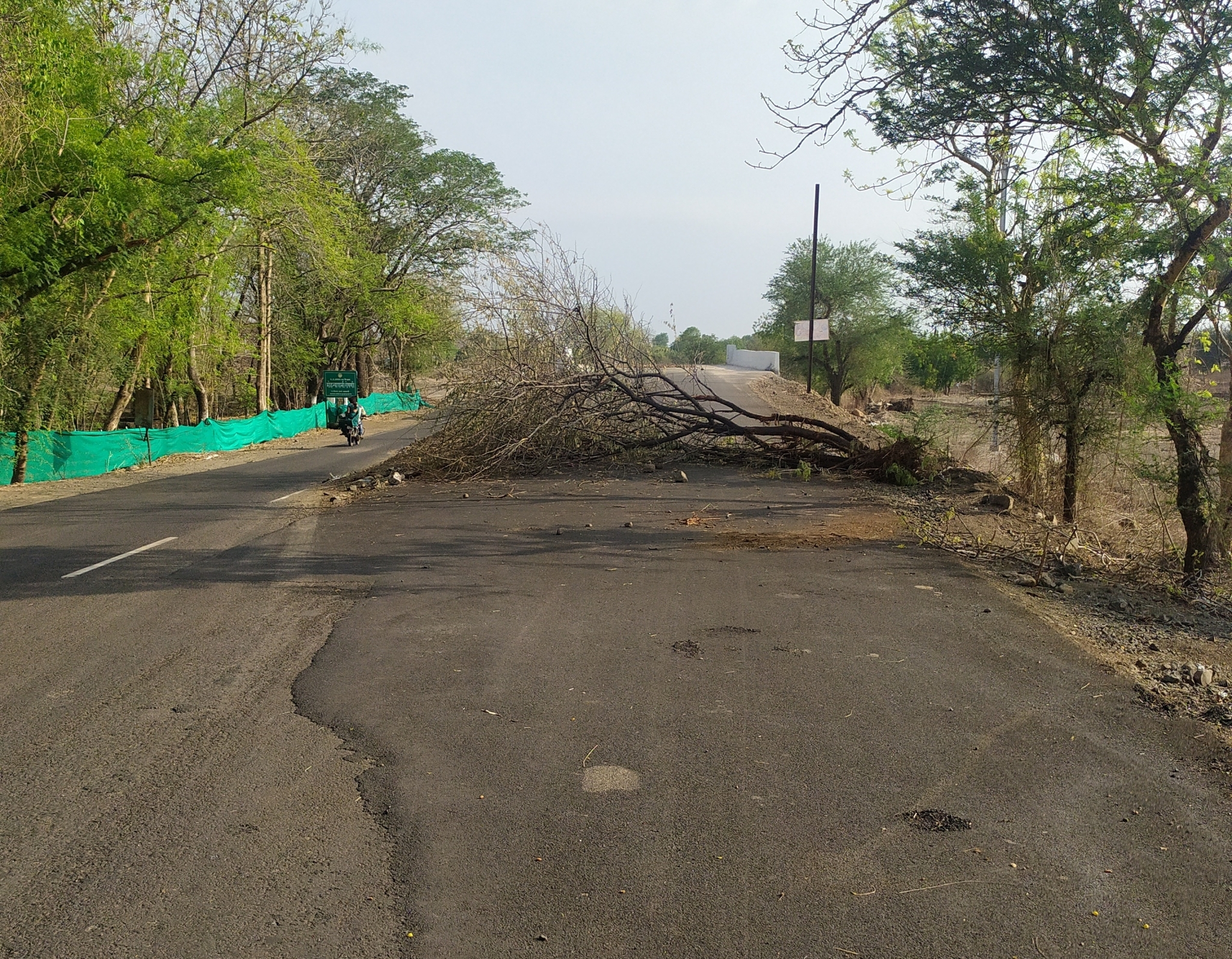 A tree on road in Rajpur has affected vehicular flow |

Rajpur (Barwani district, Madhya Pradesh): The newly constructed road and bridges constructed with sub standard material here have developed cracks and worn out before the monsoon.

Three bridges are being constructed by MP Road Development Corporation on Khargone-Baroda Road between Rajpur and Julwaniya, which no official ever visited.

The residents had complained of poor construction at the start of work but authorities paid no heed.

“There is no information as to which agency is building the bridge, which department is getting it done, what is the cost, what is the time limit,” a local resident said wishing anonymity. “Iron rods of newly constructed bridge came out,” another resident said.

The work was stopped for some time as the complaints about poor construction mounted. The construction resumed after change in government last year.

When contacted, SDM Veer Singh Chouhan admitted that work was of poor quality and the work was to be completed before rain. “I am reporting to collector in this regard,” he added.