Amid rising COVID-19 cases, Indore may go under lockdown again 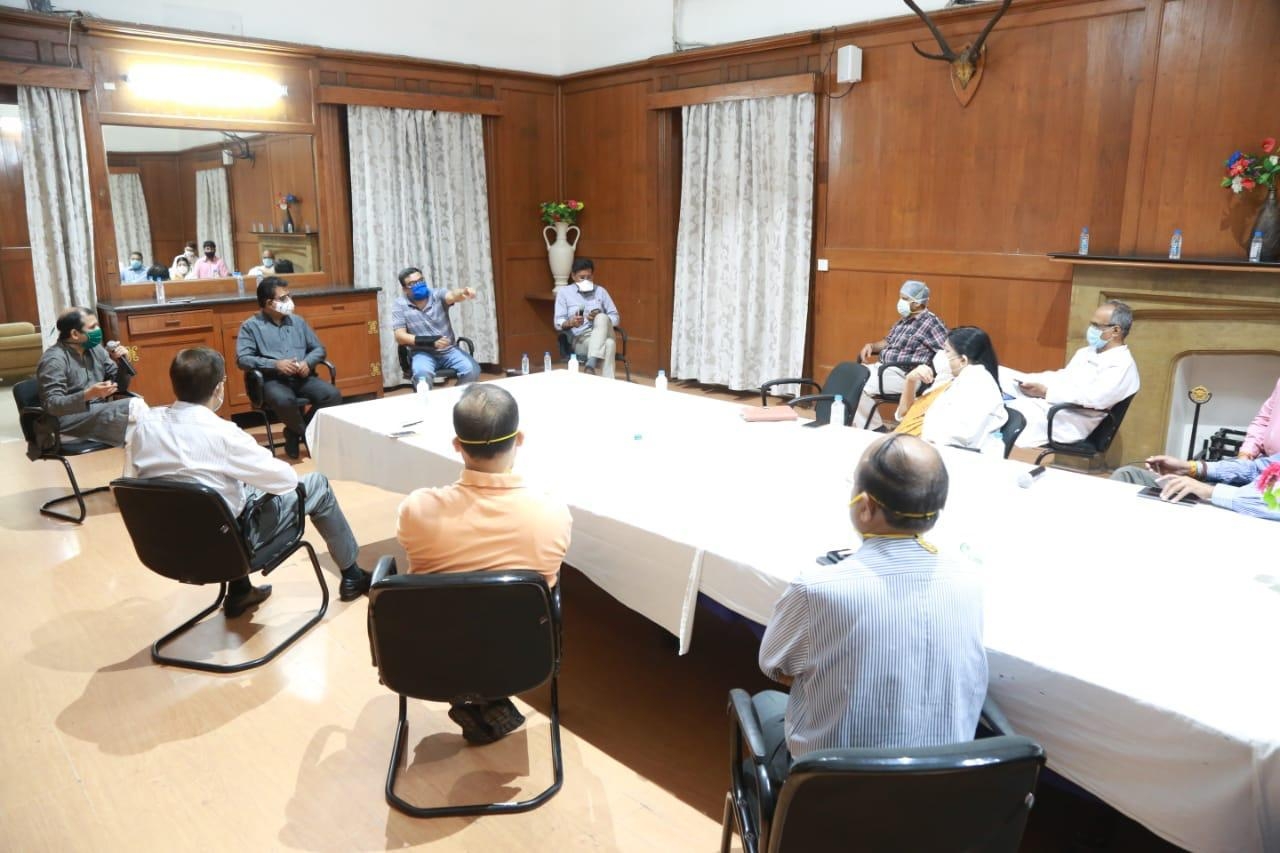 Indore: Pressing the panic button over a sudden surge in COVID-19 cases, the district district administration in Indore has been has been mulling a re-imposition of lockdown in the city.While no official decision over the same has been taken, doctors and experts have suggested the same to the administration during the meeting held by Collector Manish Singh and Member of Parliament Shankar Lalwani on Sunday.

After having 84 and 89 people test positive over the last two days, Collector Manish Singh had called emergency meeting of health department officials and medical college administration at Residency Kothi.

“We have discussed the reasons for the increasing number of cases and the trend in the city. We have found that people are not following the social distancing norms at many places especially in vegetable markets, food stalls and at electronics market at Jail Road,” Manish Singh said.

He added that the team of administrative officials, police, and Indore Municipal Corporation officials could not be present everywhere for surveillance, noting that people should take responsibility for keeping the city safe and healthy. “After discussing the reasons, we also discussed the ways to control the situation. But nothing has been decided yet. We will put all the proposals by doctors and experts before the Crisis Management Committee and then a decision over the same would be taken,” he added.

Meanwhile, Member of Parliament, Shankar Lalwani has also mentioned the possibility of a fresh lockdown in the city.

“Decision will depend on the situation in the city. Based on this we will decide whether the lockdown would be of three to four days or seven days. We will discuss the same during the Crisis Management Committee’s meeting to be held on Monday,” he added. Strick lockdown to be imposed in Indore district on every Sunday

Chief Medical and Health Officer Dr Pravin Jadia said that the doctors have unanimously suggested that some some hard decisions be taken to control the increasing number of cases is city. “Decision of lockdown is totally on administration but something needs to be done as number of cases is increasing. Major reason behind it is carelessness of people in following norms,” he added.

Finding 60% of cases in survey

Collector Manish Singh also added that out of the new cases coming to fore, 60% of the cases were found by the survey team conducting survey under the ‘Kill Corona campaign’.

“Our teams found 60% of the cases. But it is the other 40%, including symptomatic and serious patients, that is a matter of concern. We will take action to control the spread from becoming worse,” he added.

Many people are still hiding symptoms

In-charge of Rapid Response Team, Dr Amit Malakar said that even as the number of cases increased, there are many people who have been hiding symptoms of the disease. “Many cases are coming in when the symptoms increase. We appeal to people to reach the nearest fever clinic if you're having any kind of symptom such as cough, cold, loss in taste and smell, and fever,” he added.

Lockdown should be imposed in parts

Member of Medical Core Committee, Dr Sanjay Londhe said that the number of symptomatic and serious cases have been increased in city. “This is the right time to take a hard decision as people have been tossing away the norms of social distancing, and the usage of masks and sanitizers. Interstate and intercity travel has also been increased,” he said.

“Administration should implement lockdown in parts and intervals like 3-4 days after 15 days or on every weekend,” he added.