World has been introduced to the strength of India’s soil: PM Modi on Sadhguru’s exemplary Save Soil journey

Over 15 lakh children in India have written to the Prime Minister, requesting him to take action to save the nation’s soil and their collective future

New Delhi: On World Environment Day, Prime Minister Shri. Narendra Modi applauded the Save Soil Movement, led by Sadhguru, Founder – Isha Foundation, at an event in Vigyan Bhawan. The event, that saw the Prime Minister and Sadhguru address an august audience of leaders, politicians and influencers, was aimed at bringing to fore the grave issue of Soil Extinction and the necessity for policy action to reverse the situation.

The Prime Minister expressed his wholehearted support and encouragement for the Save Soil Movement. Terming the Movement a huge service to humanity, the Prime Minister acknowledged the painstaking motorcycle journey of Sadhguru. While expressing his confidence that the world, because of this journey, would have developed an affection towards soil, he also quipped that they would have also witnessed the strength of Indian soil.

Sadhguru also presented the Save Soil Policy Handbook to the Prime Minister, post the event. The handbook offers practical, scientific solutions that governments can put into action to revitalise the soil in their country. 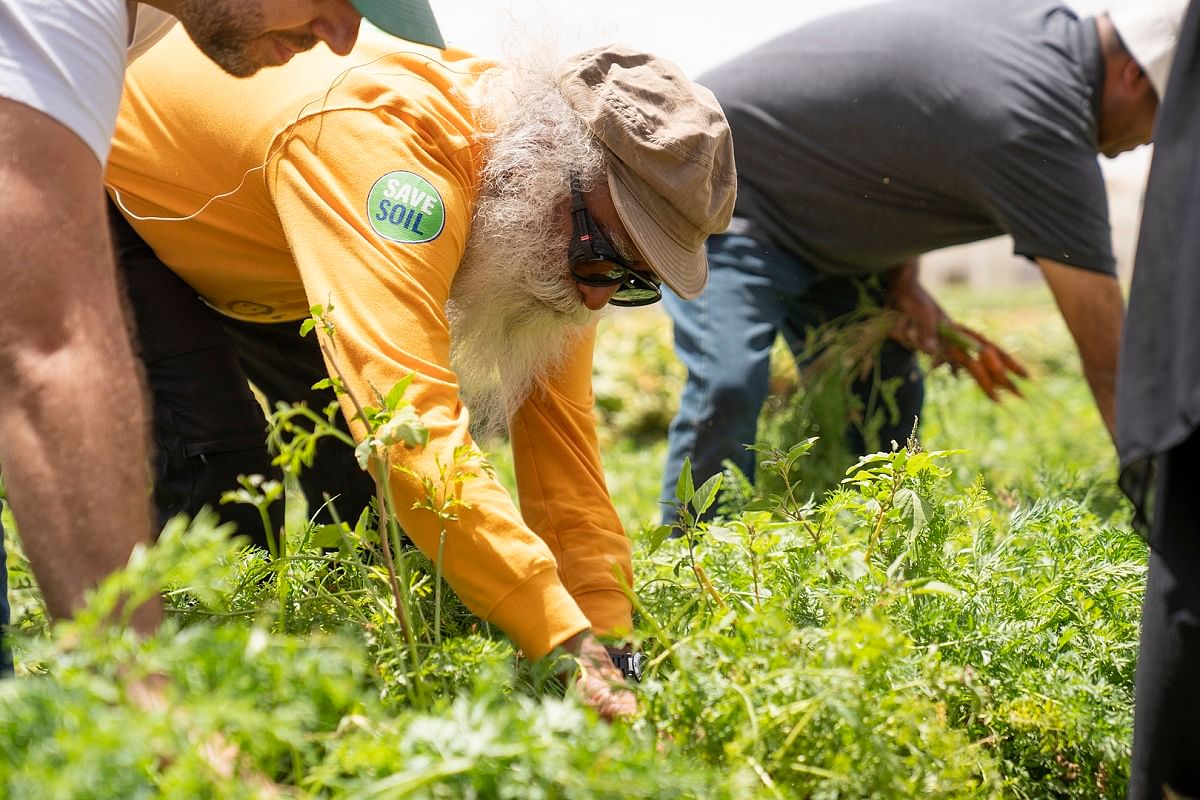 The day also marks the 75th day of Sadhguru’s 100-day lone motorcycle Journey for Soil across 27 countries. The movement, till date, has touched 2.5 billion people while 74 countries have agreed to act to save their nations’ soils. Over 15 lakh children in India have written to the Prime Minister as well, requesting him to take action to save the nation’s soil and their collective future.

Sadhguru expressed that for a solution to be realised, all citizens must stand up and support long-term initiatives required of the government to address this. “Whether we want to ensure food security for the nation, enhance farmers income, enhance biodiversity and bring back aliveness into our soil, Save Soil is very important.” He requested the Prime Minister to take dynamic steps in this direction, offering the complete support of Conscious Planet’s Save Soil movement to work with the required ministries, and make this happen.

The primary objective of the Save Soil Movement is to urge all nations of the world to mandate a minimum of 3-6% organic content in agricultural soils through urgent policy reforms. Without this minimum organic content, soil scientists have warned of the imminent death of soil, a phenomenon they are terming as ‘soil extinction.’

Read Also
Save Soil Movement: After covering 26 nations on motorcycle, Sadhguru gets a rousing welcome in... 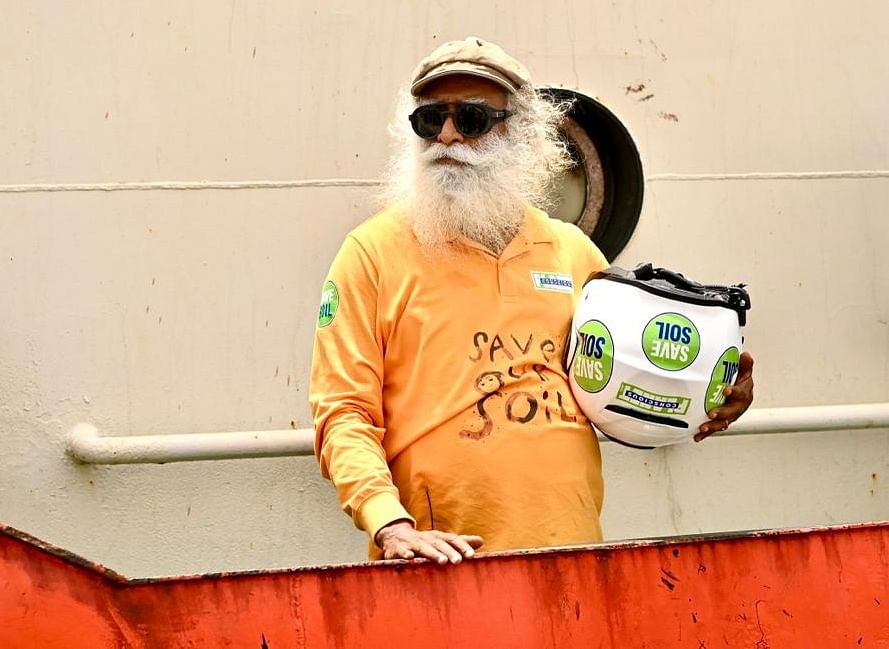 Later today, Sadhguru will be addressing the public at the Indira Gandhi Stadium, amidst performances by artists from across the country to create awareness about Soil Extinction.

In India, nearly 30% of fertile soils in the country have already become barren and are incapable of yield. The United Nations has warned that at current rates of soil degradation, 90% of the earth could turn into desert by 2050 - less than three decades from now. To avert this catastrophe, Sadhguru initiated the Save Soil movement in March this year, and travelled across 27 countries meeting leaders, politicians, scientists and citizens to galvanise support to Save Soil.

About Save Soil Movement

Sadhguru launched the global Movement to Save Soil in the wake of alarming soil degradation that threatens desertification of 90% of the earth’s agricultural soils by 2050, less than three decades from now. The primary objective of the Movement is to urge all nations to mandate a minimum of 3-6% organic content in agricultural soils. 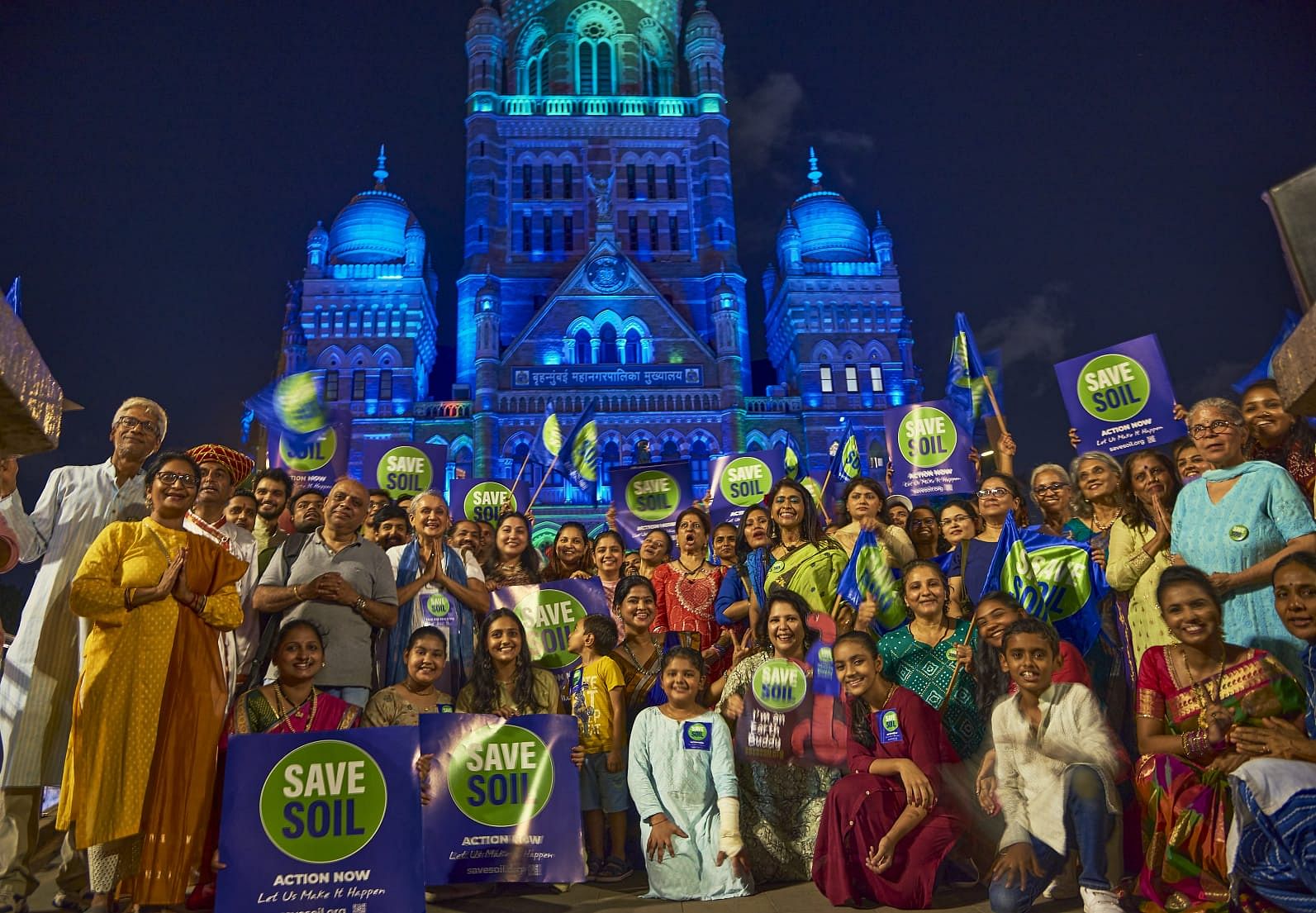 Without this minimum organic content, soil scientists have warned of the imminent death of fertile soils worldwide. The Movement is proposing a policy-driven mandate supported by government incentives for farmers to raise organic content on farmlands. To achieve its objective, the Movement will aim to reach 3.5 billion people across the world - 60% of the world’s electorate - to explicitly express their support for the Movement, enabling elected governments to formulate soil-friendly policies.

The Save Soil Movement is supported by the United Nations Convention to Combat Desertification (UNCCD), the United Nations Environment Programme (UNEP), the UN World Food Programme, and the International Union for Conservation of Nature (IUCN). Since Sadhguru began his journey in London on 21st March, 74 nations around the world have pledged concrete action to save soil in their countries. 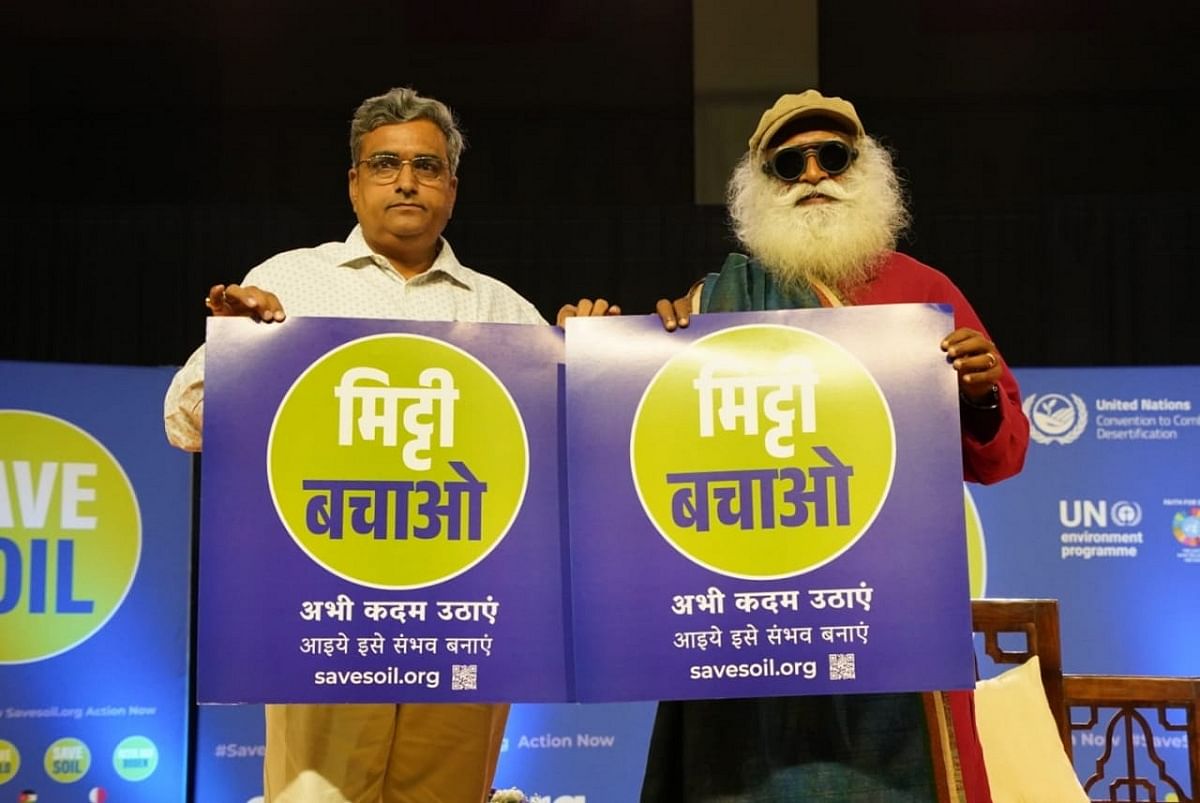 HomeIndiaWorld has been introduced to the strength of India’s soil: PM Modi on Sadhguru’s exemplary Save Soil journey