Exit polls have predicted a comfortable victory for the Aam Aadmi Party.
PTI 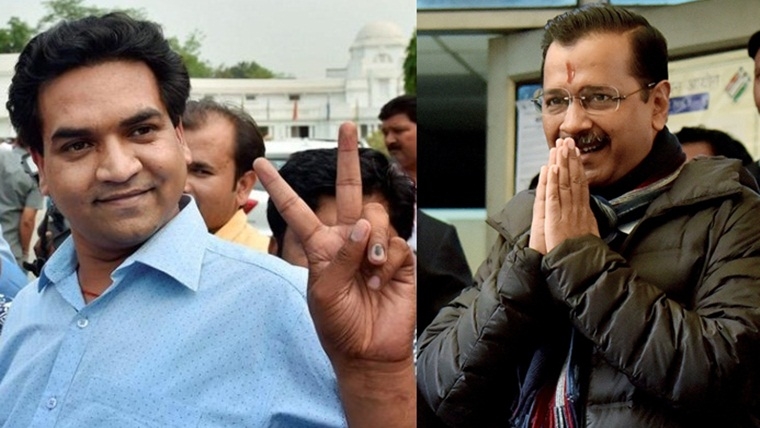 Voting for the Delhi Assembly was held on February 8, with the counting of votes slated to take place on February 11. The national capital saw a voter turnout of 62.59%, according to official data from the Election Commission.

Exit polls predicted an easy victory for the ruling Aam Aadmi Party, and improved numbers for the BJP. The Congress which drew a blank in the 2015 polls, is expected to show little or no change.

Former AAP MLA and present BJP candidate from the Model town constituency, Kapil Mishra, who recently made headlines for his sloganeering at a CAA support rally, however disagrees.

"The people's mandate is with the BJP. We know the reality as we have worked on the ground. I must say, there is nothing to be surprised if Kejriwal gets defeated from New Delhi constituency," Mishra said while speaking to ANI.

He is not the only one confident about defeating the Chief Minister. Kejriwal's direct competitor from the New Delhi constituency, BJP candidate Sunil Yadav is certain about his victory too.

"I guarantee my victory and Kejriwal's defeat. If result proved otherwise, I will not contest any elections again in my life," Yadav had earlier said.

"Arvind Kejriwal knows he is losing his election that is why he has started preparing the ground to blame EVMs on February 11," he said in another tweet.

Mishra, a former member of Kejriwal's cabinet also criticised the AAP chief for raising questions on the working of the Election Commission over a delay in the announcement of final polls percentage.

"It is worrying that AAP is raising fingers on the EC and EVMs. This is because they know the mood of the people of Delhi and realised that BJP is going to win and form the government in the national capital," he said.

Kapil Mishra had joined the BJP after a falling out with the AAP leadership. In the lead up to the polls, Mishra was heavily criticised after a video shared by him showed the politician chanting 'Desh Ke Gaddaron Ko, Goli Maro Saalo Ko' at a rally.

Soon after, he again found himself embroiled in controversy after accusing Kejriwal of undertaking "Jinnah politics" and asking the AAP to rename itself as "Muslim League".

"They are doing the same politics as that of the Muslim League. They are doing of politics of divide and Muslim vote bank. They are against Yogi's speech. Only those people will be afraid of Yogi who are standing by anti-nationals, terrorists, traitors, and rioters. Yogi has stopped rioters in Uttar Pradesh," Mishra had told ANI. 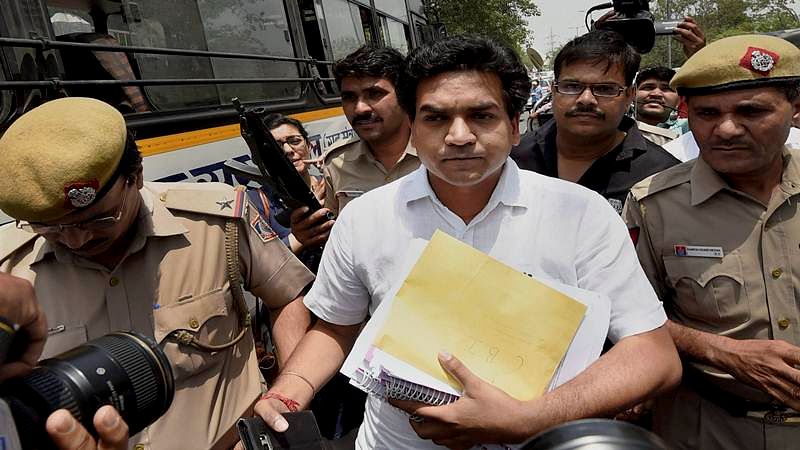 Mishra is not the first person to go against the exit polls. BJP leaders including IT Cell chief, Amit Malviya, Manoj Tiwari and Prakash Javadekar have dismissed the predictions.

Malviya reminded that it is only on February 11, following the counting of votes that the final results would come. He had earlier predicted "a landslide mandate" for the BJP on February 11 and added that the party would win over 45 seats.

"So indulge yourself with the exit polls but don't lose sleep over it," he wrote on Twitter.

Manoj Tiwari predicted that all the exit polls will "fail". The BJP will get 48 seats and form the government he predicted in a tweet.

"There will be a huge difference in exit polls and the final results. We will wait for exact polls. Exit polls had failed in May elections (17th Lok Sabha polls) as well," Union Minister Prakash Javadekar told ANI last week on Saturday.

The third major party in the fray, the Congress too rejected the polls.

"Let others celebrate the exit poll results. I am confident that the results on February 11 will startle everyone," Mukesh Sharma the chief spokesperson of Delhi Congress was quoted as saying by PTI.

Congress leader PC Chacko however remained non-committal to the idea of a Congress-AAP alliance.

"It depends on the results. Once results are out then only we can discuss it; I think the surveys are not correct. Congress is likely to do better than what surveys predict," he told ANI.