Will Pralhad Joshi replace BS Yediyurappa as Karnataka CM? Here's what the Union Minister has to say 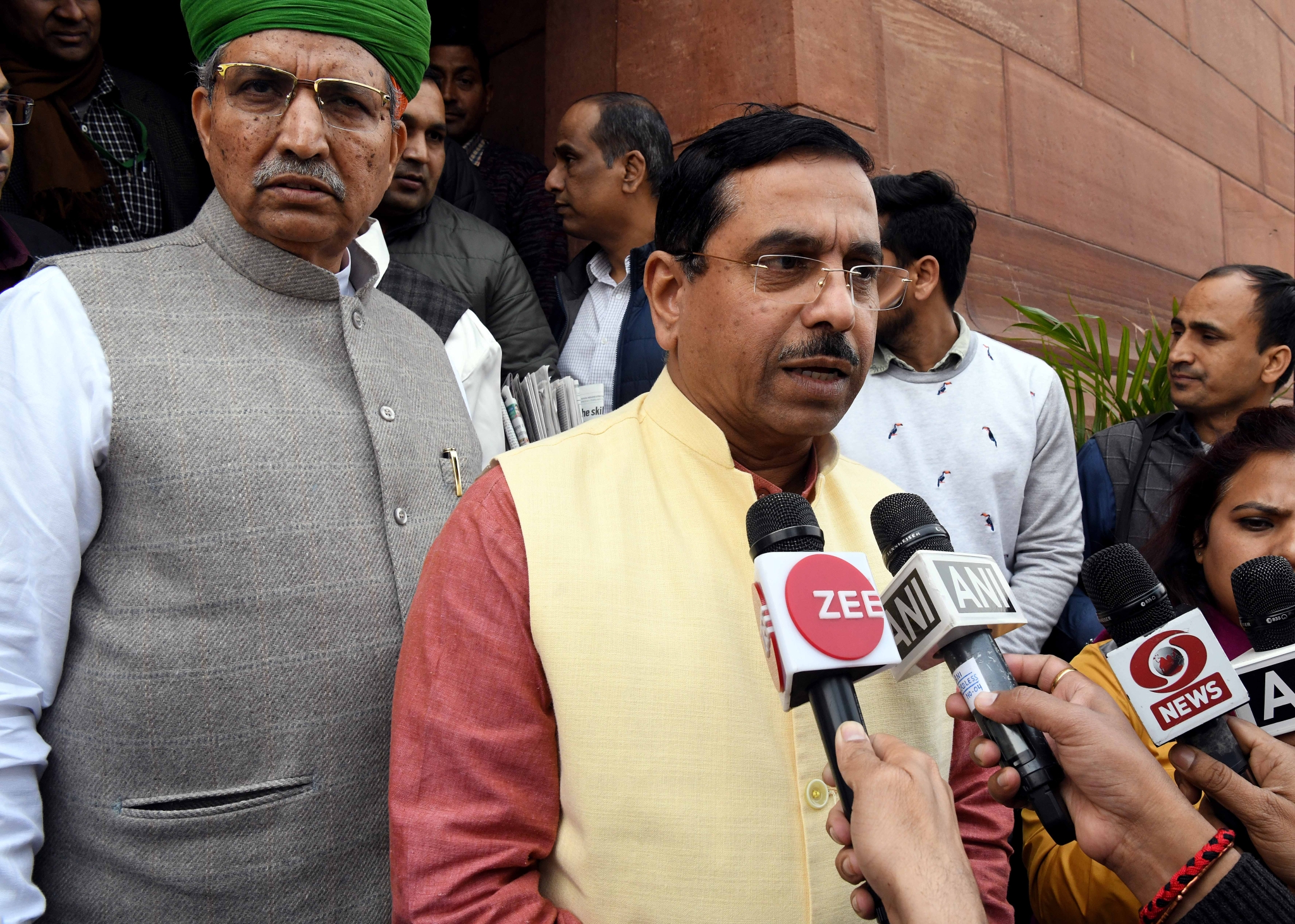 Amid the ongoing talks of Karnataka chief minister BS Yediyurappa resigining from his post, there is new name doing the rounds who will be succeding the existing CM. If reports are to be believed, it is being said that BJP leader and union minister Pralhad Joshi may be the new chief minister of the Kannada state.

However, Mr Joshi when asked about the development said that no one has spoken to him about this and he was not aware that BS Yediyurappa has been asked to resign or not.

Joshi said, "There is no high command in the BJP but national leadership. We got different leaderships from time to time. There was Rajnath Singh, after which Nitin Gadkari came, who was succeeded by Amit Shah and now J P Nadda is there. In the present situation, we have supreme leaders in Prime Minister Narendra Modi and Home Minister Amit Shah. They will decide."

Asked what if he is made the chief minister, the Union Minister quipped, "I never answer hypothetical questions with 'ifs' and 'buts'.. I don't want to answer such questions." He declined to comment on seers of the dominant Lingayat community warning the BJP that it would be ruined if Lingayat strongman Yediyurappa is removed from the post. The 58-year-old Joshi has been Dharwad MP since 2004.He had also served as the BJP's state unit president from July 2012 to January 2016.

With Yediyurappa dropping a strong hint that his exit as chief minister was on the cards, speculation is rife that Joshi would take on the mantle.

Yediyurappa has said that he will abide by the party high command decision. Speaking to the media, the Karnataka CM said, "There is an event on 26th July on completion of two years of our government. After this, I will follow whatever JP Nadda will decide. It is my duty to bring back BJP to power. I urge party workers and seers to cooperate." "It is not proper to give any statements, agitations or protests in my favour. Without doing it, you have to support me, this I humbly pray to all. All the pontiffs of various Math have blessed me and extended their support, which I will never forget in my life. With their blessings, I will do whatever my party leadership decides," he added.

PM Modi, Amit Shah, JP Nadda have special love and faith towards me, will abide by their decision:...