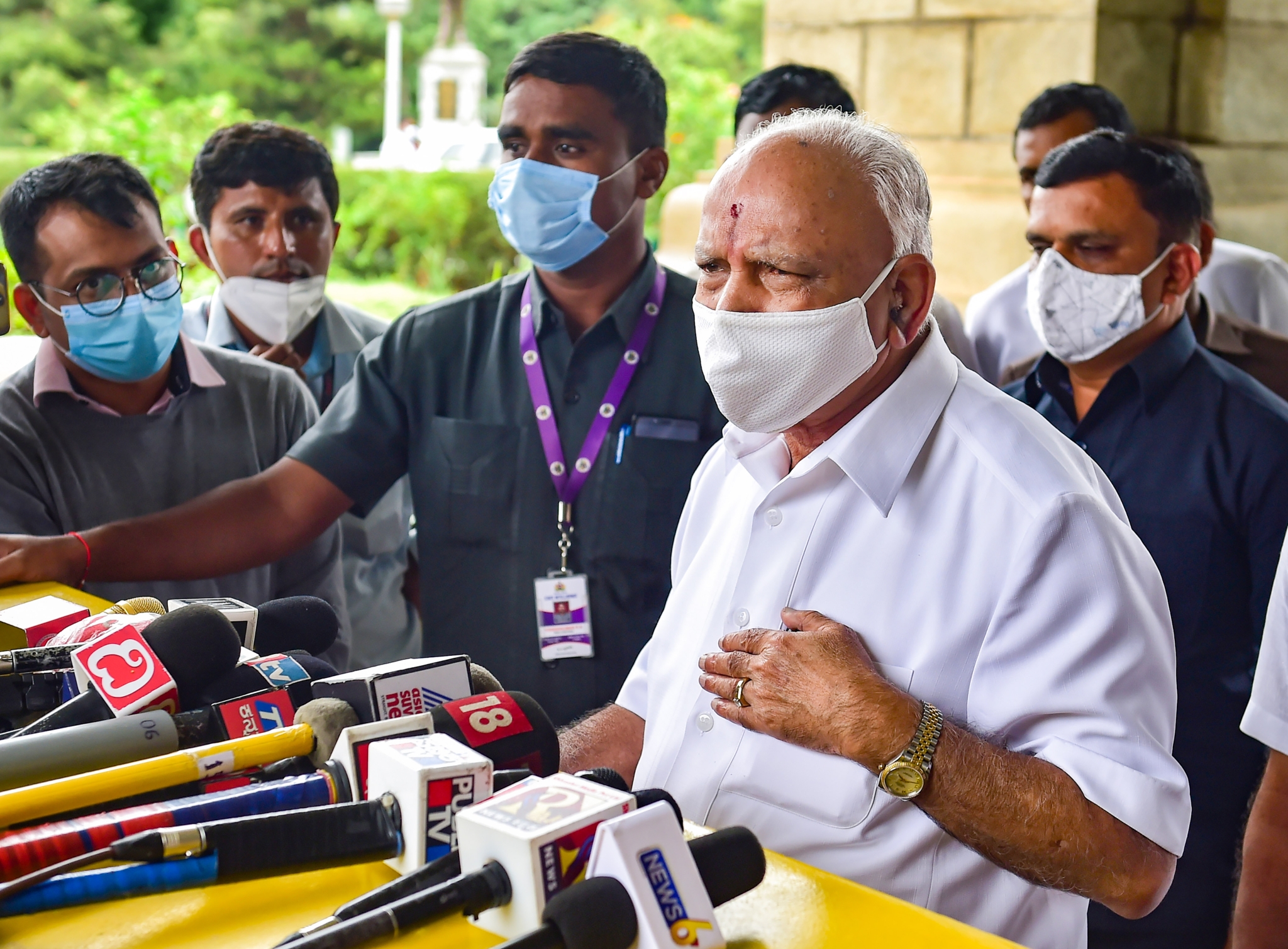 Bengaluru (Karnataka): Karnataka Chief Minister BS Yediyurappa, on Friday, taking stock of the ongoing monsoon situation and incessant rainfall in the state, has directed all district in-charge and MLA's to be present in their respective districts to oversee relief efforts.

He tweeted, "In the wake of heavy rains across the state, I direct all district in-charge ministers and MLAs to be present in their respective districts and constituencies to oversee rescue and relief efforts being carried out by district administrations." BS Yediyurappa spoke to District Commissioners regarding the situation and also reviewed the situation arising due to incessant rain in several parts of the state. He further assured that the State government will extend all the needed support to the relief and rescue efforts. He also extended support for the farmers who suffered losses due to untimely rain and hailstorm.

The state has observed rain and thunderstorm on Thursday. IMD has further alerted warning for heavy to very heavy rainfall in the next five days.

"The western end of monsoon trough at mean sea level has moved slightly southward but still runs north of its normal position. It is likely to shift to the normal position during next 3 days". IMD tweeted. 'Will abide by high command directions': Karnataka CM Yediyurappa amid talks of change in state...