Why did India not retaliate with an attack on Pakistan after 26/11?

While there was a near-consensus in the upper echelons of the government for meting out the appropriate punishment, more was to be gained from not retaliating immediately
FPJ Web Desk 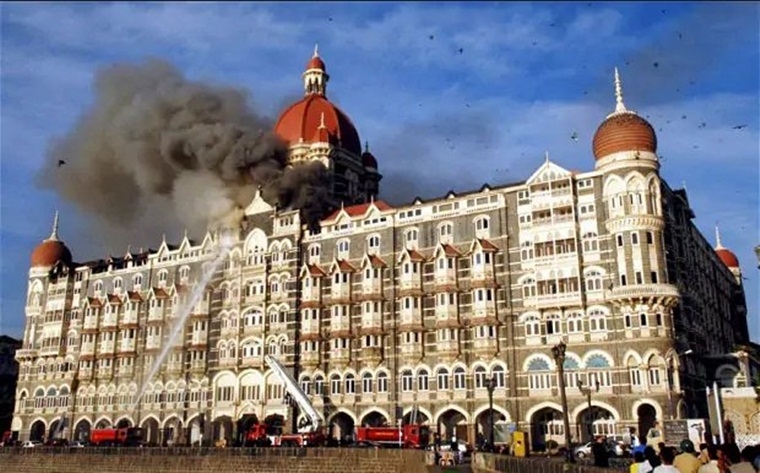 Twelve years ago today, shots rang through the night and coordinated bombing attacks took place across Mumbai. 10 Lashkar-e-Taiba terrorists entered the city via the sea, taking over local buildings and over the span of four days, killing 166 people and injuring over 300.

And while India fought back furiously, in the aftermath of the 26/11 attack it chose to stay quiet. Many expected an eye-for-an-eye scenario and then wondered why India did not attack Pakistan.

The answer is not quite what you would expect. While there was a near-consensus in the upper echelons of the government for meting out the appropriate punishment, more was to be gained from not retaliating immediately. So, while their emotional instinct was to retaliate, the country opted for legal recourse.

As Shivshankar Menon explains in an extract from his book that was published earlier by Livemint, one of the first things that would have happened in case of an Indian retaliation would have been that the "fact of a terrorist attack from Pakistan on India with official involvement on the Pakistan side would have been obscured".

While the neighbouring nation faced worldwide condemnation, in case of retaliation, it would have dissolved into a mere Indo-Pak dispute. Take the case of the "tribal raiders" in Kashmir in 1947, he writes in "Choices: Inside the Making of India’s Foreign Policy".

"The evidence clearly showed the involvement of the Pakistan Army in the invasion, but the UN Security Council chose to play politics and to treat aggressor and victim similarly, and imposed a cease-fire. Ultimately the UN Security Council’s intervention only made finding a solution, and eliminating aggression, more complicated."

Menon, who at the time of the attacks was the Foreign Secretary of India, believes that retaliation would have been equivalent to playing into the Pakistani Army's hands. Further, an Indian attack would have made the people of Pakistan rally behind the army. This would have further weakened the civilian government of the state.

Menon has examples of the same.

"Zardari’s foreign minister, Shah Mehmood Qureshi, was actually visiting Delhi on the night the attack began. The Pakistan minister of information, Sherry Rehman, who admitted publicly that Kasab was a Pakistani, soon lost her job under pressure from the army. In fact, the Pakistan Army mobilized troops and moved them to the India-Pakistan border immediately before the attack began, then cried wolf about an Indian mobilization," he writes.

With the option of a full-scale attack eliminated, the next option considered by Indian officials was limited strikes on selected terrorist targets, such as the LeT headquarters or any of its camps. But here, collateral civilian damage was almost a certainty, and while one could destroy the ramshackle camps this would do almost nothing to address the core problem of terrorism. Additionally, no terror group can exist in a hostile environment with absolutely no financial support. This too would not be addressed by strikes. Never forget: Looking back at the events of the 26/11 Mumbai terror attacks

Even if no civilian damage was incurred, it could definitely be alleged and produced by the ISI, adds Menon.

The final point of consideration was the fact that war, no matter how limited would come with a financial burden. With the world still reeling from the economic crisis in November 2008, the Indian government was unwilling to take a chance.

In such a situation, the smartest option for India was to take to legal means. Its actions painted India as the bigger and better person and united the "international community to force consequences on Pakistan for its behaviour".

"The international community could not ignore the attack and fail to respond, however half-heartedly, in the name of keeping the peace between two NWS. The UN Security Council put senior LeT members involved in the attack on sanctions lists as terrorists," explains Menon. So, while Pakistan did not take much effort by way of punitive actions against the terror perpetrators, the international community rallied behind India. The country's immediate response was to lock Jamaat-ud-Dawa offices and briefly place Hafiz Saeed under house arrest. This was later revoked.

He adds, "The real success was in organizing the international community, in isolating Pakistan, and in making counterterrorism cooperation against the LeT effective. India began to get unprecedented cooperation from Saudi Arabia and the Persian Gulf countries, and China, too, began to respond to requests for information on these groups."

India, in the meantime, began tightening its internal laws. The Unlawful Activities (Prevention) Act was passed unanimously in December 2008. The National Investigation Agency was established, and a national counter-terrorism center was proposed around the same time.

Although nobody could have planned for it, the attack also united Indians in an unprecedented manner. Eleven years later, #NeverForget is still trending on Twitter and this is likely to continue. Even now, commemorative events continue to be held across the country, and the martyrs continue to be revered.

"All the same, should another such attack be mounted from Pakistan, with or without visible support from the ISI or the Pakistan Army, it would be virtually impossible for any government of India to make the same choice again. The circumstances of November 2008 no longer exist and are unlikely to be replicated in the future," writes Menon.