Who was Sadguru Sadafaldeoji Maharaj? All you need to know 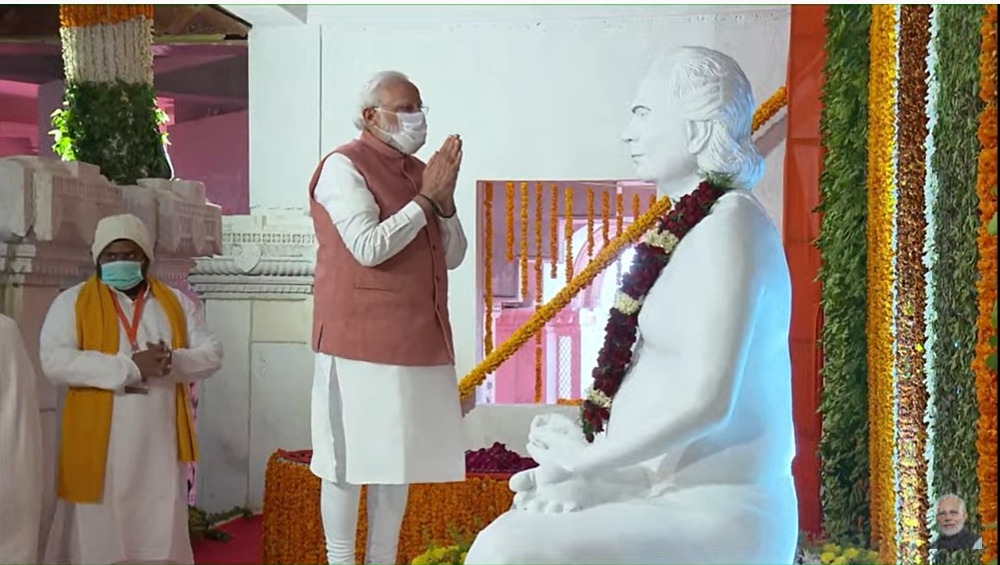 In his speech, PM Modi said Sadguru gave the mantra of Swadeshi during the freedom movement. "Now, the nation has started Aatmanirbhar Bharat Mission. Local trade business and products are being strengthened, local is being made global," he added.

"Our nation's wonderful. Whenever there are testing times,some or the other saint appears to change the times. It is India where the tallest leader of freedom movement is called 'Mahatma' by the world," PM Modi said at the 98th anniversary celebrations of Sadguru Sadafaldeo Vihangam Yog Sansthan in Uttar Pradesh's Umraha.

PM Modi said that Sadguru Sadafaldeoji Maharaj and many saints made huge contributions to India's freedom struggle, but their contribution has not been recorded in history the way "it should have been".

The Swarved Mahamandir is a meditation centre dedicated to the human race for their moral and spiritual growth.

Located in the holy city of Varanasi, it accounts for 20,000 meditation practitioners and is spread over 3 lakh square feet.

Carved upon the walls of the seven floor super-structure are the verses of the Swarveda.

Who was Sadguru Sadafaldeo Maharaj?

According to Vihangam Yoga, a yoga school was founded by Sadguru Sadafaldeoji Maharaj in 1924, he was born in the year 1888.

He was born in a renowned yogi family in the lineage of Maharishi Shringi . His forefather, Baba Lalji Rao, six generations above, was a great yogi who used to sit in a firm yogic posture in meditation for six months continuously, read the information on the website.

As per the information provided, Sadguru Sadafaldeoji Maharaj practiced Vihangam Yoga for 17 long years in his self-made cave at Vritikoot Ashram Pakari, Balia, in his cave at Shoonya Shikar Ashram Himalayas, at Jhoonsi Ashram (Prayag) on the bank of Ganges and at several other sacred places.

For the unversed, Vihangam Yoga is an ancient meditation technique which was revived by Sadguru Sadafaldeoji Maharaj.