When will India have 'China Pe Charcha?': Mallikarjun Kharge on 'Chinese build-up' | ANI
Follow us on

Congress President Mallikarjun Kharge on Saturday slammed the central government over the "Chinese build-up" on the borders and asked when will the nation have "China Pe Charcha?" In a tweet, Kharge emphasised the Chinese build-up in Doklam and said that it was "threatening" India's 'Siliguri corridor'. He also said that the matter is of utmost concern now.

Kharge took to Twitter and said: Chinese build-up in Doklam upto "Jampheri Ridge" is threatening India's strategic "Siliguri Corridor" -- the gateway to Northeastern States! This is of utmost concern for our National Security ! @narendramodi ji, When will the nation have . . . "CHINA PE CHARCHA"?

Leader of Opposition Mallikarjun Kharge was among 17 Opposition leaders who raised the issue to hold a detailed discussion on the clash when the House assembled on Wednesday and Deputy Chairman Harivansh allowed 'Zero Hour' so that parliamentarians could raise their issues.

As the Opposition's demand to hold the discussion on the India-China border clash was not allowed by the Chair, the 17 parties staged a walkout.

The MPs demanded the suspension of 'Zero Hour' to have a discussion on the issue which needs immediate measures to combat such aggressions and protect India's interests along the international border.

The clash near Yangtse along the LAC in the sensitive sector occurred on December 9 amid the over 30-month border standoff between the two sides in eastern Ladakh.

Congress MP Rahul Gandhi on Friday accused the Centre of "sleeping" while China makes "offensive preparations" across the Line of Actual Control (LAC).

Rahul Gandhi had raised concern on China in Press conf

Gandhi, during a press conference in Rajasthan, had flagged a "clear threat from China" and claimed that the neighbouring country is "preparing for war" and alleged that the Centre is "hiding and not accepting it".

"There is a clear threat from China. The government is trying to hide it and ignore it. But that threat cannot be ignored or hidden. China is making offensive preparation on the side of Ladakh and Arunachal Pradesh. The Indian government is in slumber. It doesn't want to hear it. China is preparing for war, not for an incursion. If you see the pattern of their weapons, they are preparing for war. Our government is hiding it and is not accepting it," Gandhi said.

However, Gandhi's remarks invited huge backlash from the ruling Bharatiya Janata Party which strongly condemned the statement for "demoralising" the Indian Army.

The BJP today hit out at Rahul Gandhi for his remark and said Congress should immediately expel him from the party.

BJP National spokesperson Gaurav Bhatia addressing a press conference in New Delhi said, "Being an Indian Bharatiya Janata Party is proud of the Indian Army, we are proud of our Army.

The soldiers who are beating the Chinese army on the border, are showing their strength. Why is 'Jaichand' Rahul Gandhi doing the work of breaking the morale of our army.

"Rahul Gandhi's statement works to demoralize our Army; no matter how much it is condemned, it is less. Indian army is a symbol of bravery and valour. We know that the Communist Party of China had signed MoU with the Congress party," Nadda said.

Read Also
China is preparing for a war: Rahul Gandhi 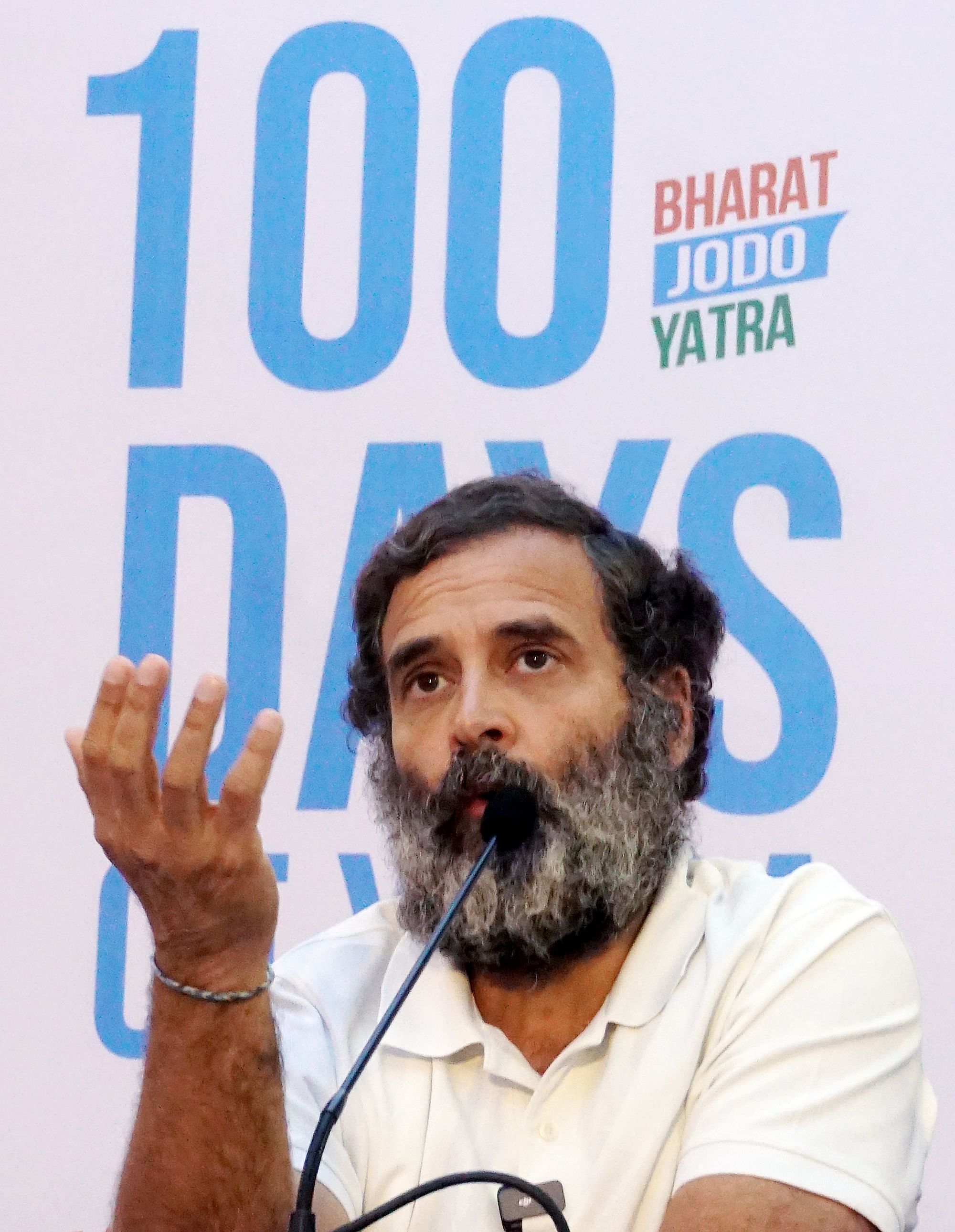