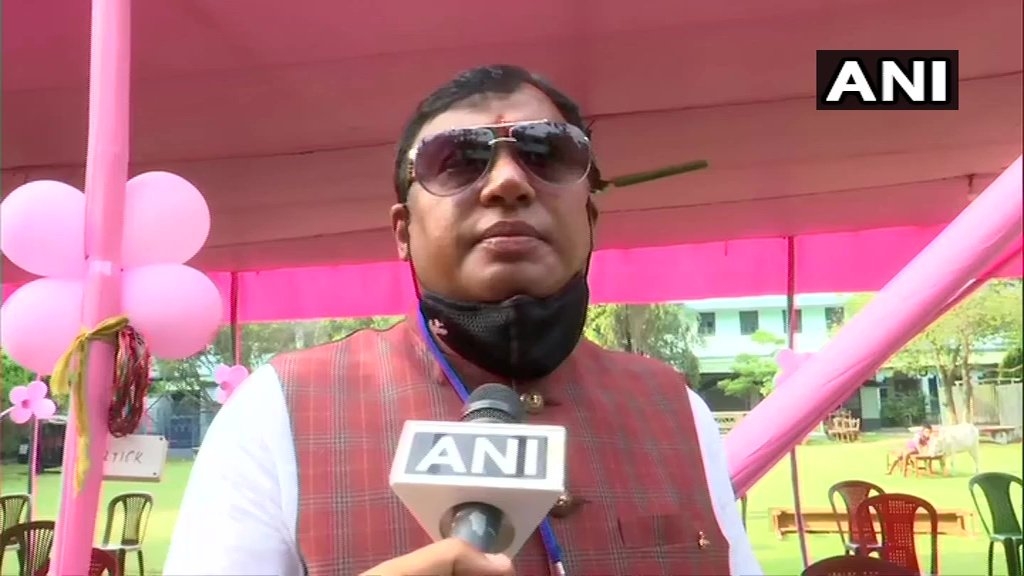 Kolkata: Ending all speculation, another BJP MLA Krishna Kalyani on Friday left the saffron camp making the tally of BJP MLAs in West Bengal come down to 70.

Claiming that Raiganj BJP MP Debashree Chowdhury is hatching conspiracy against him for which he could not continue in the BJP along with the former Minister of State.

“Debashree for days didn’t visit the constituency and suddenly she started conspiring against me. A day before I got a show-cause notice from BJP leader Pratap Banerjee. Staying in the same party with her is impossible for me,” said the BJP Raiganj MLA.

TMC MP Saugata Roy said that there are several more BJP MLAs in touch with the TMC leaders and will defect soon.

Meanwhile, in a closed door meeting at Kolkata’s EZCC all the MLAs had discussed ways to keep the party ‘united’ and ways to stop defection was also asked with the MLAs those attending the meet.

According to BJP sources, West Bengal BJP chief Sukanata Majumdar said that in the Assembly everyone should listen to Leader of Opposition Suvendu Adhikari and outside Assembly to him and above everything all should listen and consult matters with BJP national vice-president Dilip Ghosh.

Incidentally, a day after the Bhabanipur bypoll, BJP national vice-president alleged that the Election Commission played a biased role towards the ruling Trinamool Congress and tried to make Mamata Banerjee the MLA from Bhabanipur constituency.