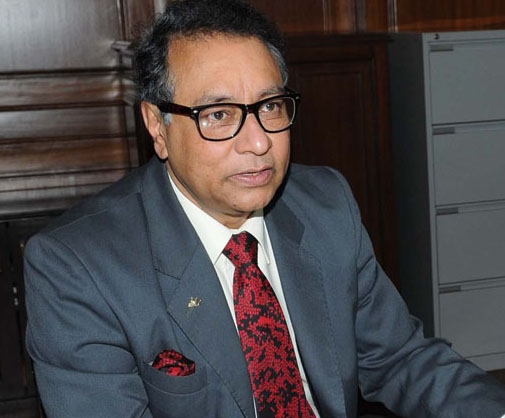 Kolkata: The ruling Trinamool Congress on Saturday took to Twitter and announced that they have nominated former IAS officer Jawhar Sircar for their Rajya Sabha MP post.

“We are delighted to nominate Jawhar Sircar in the Upper House of the Parliament. Sircar spent nearly 42 years in public service & was also the former CEO of Prasar Bharati. His invaluable contribution to public service shall help us serve our country even better!”, read the post.

Sircar, who is also the former CEO of Prashar Bharati said that he is elated to get the nomination as he can show people the ‘authoritarian’ politics played in the country.

“I am extremely elated to get this opportunity. I am always vocal against the Fascist and authoritarian power that is ruling the country but I was fighting it all alone. Trinamool Congress is a strong voice now and I am happy that they have given me the platform. Now I will put up the X-ray copy of the fascist government of India,” said Sircar.

It is pertinent to mention that Sircar was a public servant for 42 years and had also headed India’s Cultural Ministry from November 2008 to February 2012, the longest period ever for any Secretary.

However, West Bengal BJP chief Dilip Ghosh said that the saffron camp has not decided on any candidate for Rajya Sabha.

“Those who speak against the country become TMC’s blue-eyed person,” claimed Ghosh.

It can be recalled that the Election Commission of India on July 16 had issued a notification that the Rajya Sabha poll will be held on August 9.