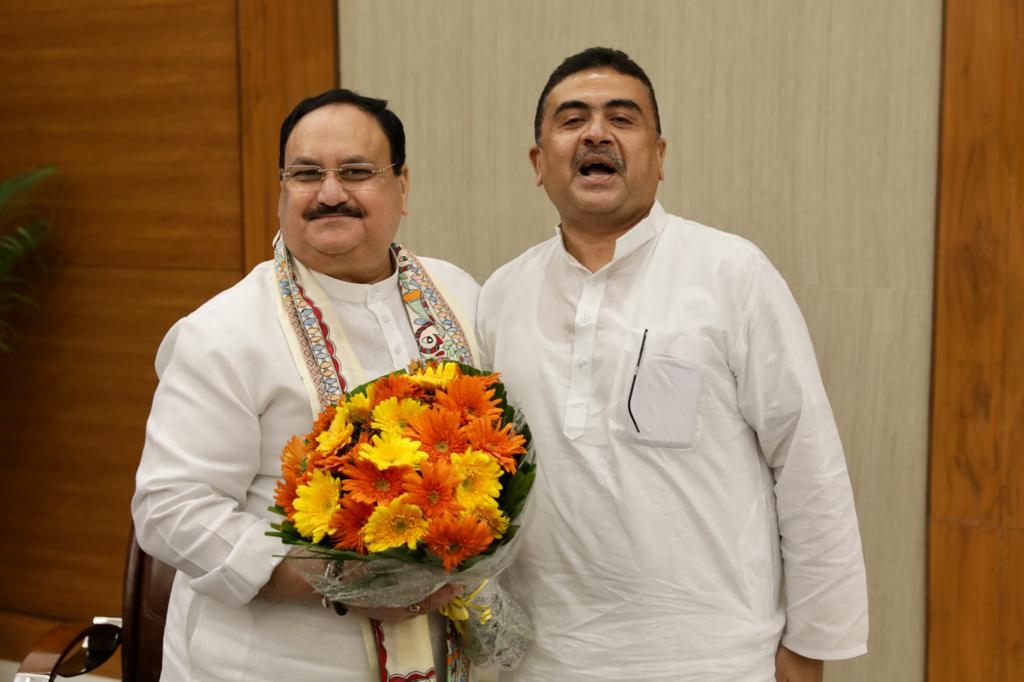 Suvendu also met Union Railway Minister Ashwini Vaishnaw and requested him to restart the stalled Nandigram Railway Project at the earliest to which he assured the LoP of prompt action.

According to BJP sources, they both discussed about the future agitation program in West Bengal and also on ways to maintain smooth connectivity between the party and the legislature.

“The party is planning some big agitation programs in West Bengal and ways to conduct them were discussed in the meeting. There will soon be some organizational change in the West Bengal BJP and talks over it were also held,” said the sources.

Notably, this is the second visit of the Leader of the Opposition to the national capital within a month. West Bengal Chief Minister Mamata Banerjee is also scheduled to visit Delhi on July 26 and is also scheduled to meet Prime Minister Narendra Modi. Meanwhile, TMC national general secretary Abhishek Banerjee along with poll strategist Prashant Kishor are also present in Delhi.

Calling Suvendu as ‘limitless opportunist’, TMC spokesperson and state general secretary Kunal Ghosh said that a senior traditional BJP leader has informed him that the national BJP chief has called Suvendu as the LoP had spoken about call recording in public.

“Suvendu had made it evident that the BJP is connected to the Pegasus scam. In order to rebuke him he has been called in Delhi,” said Kunal also sarcastically added that this time he had informed BJP Bengal chief Dilip Ghosh about his visit.

Notably, earlier when Suvendu visited Delhi, Dilip Ghosh confirmed to FPJ that he wasn’t aware of the development.