Known to be the arch rival, the BJP’s Sabyasachi Dutta and the TMC’s Sujit Bose once again clashed on the day of polling

Bidhannagar: Biddhannagar area adjacent to Kolkata made it to the headlines soon after the fifth phase of polling started.

Known to be the arch rival, the BJP’s Sabyasachi Dutta and the TMC’s Sujit Bose once again clashed on the day of polling.

A woman was seen being beaten up by alleged TMC supporters at Shantinagar in Salt lake area. According to the woman the TMC supporters were not allowing the BJP supporters to cast their votes.

“Since last night the TMC supporters were threatening us and are saying that if we go out to vote then we will have to face dire consequences after May 2. Then while protesting they abused and assaulted me,” said the BJP supporter.

Soon after the incident Shantinagar turned into a battlefield after both the BJP and the TMC supporters pelted stones at each other. Neither the police nor the central forces were seen at the spot.

Soon after the incident Saltlake’s BJP candidate Sabyasachi Dutta visited the spot and alleged that the state police are purposely allowing the TMC goons to create violence in the area.

Women were seen in Shantinagar agitating in front of CISF personnel as according to them the central forces were allegedly intimidating the voters during the polls.

“The central forces are not allowing the voters to go to the booths and are being partial with a particular party for which we don’t want them outside polling booths,” claimed a local woman.

Post this violence voters of Saltlake’s Sukantanagar area under North 24 parganas, refused to cast their votes. However, police were seen building confidence and urged everyone to vote fearlessly.

“Both TMC and BJP candidates have visited the spot and violence in this area has increased post their visit and we don’t want to get ourselves in trouble by casting votes,” said Nirmala, a school teacher. Talking to Free Press Journal, Sabyasachi said that the TMC intentionally just to create violence gheraoed me and alleged that I had taken ‘outsiders to disrupt the polls.

“The TMC candidate had earlier lost four-five times in the polls. Even this time sensing fear tried to malign the BJP. But on May 2 he (Sujit Bose) will get a befitting answer,” claimed Dutta.

TMC –BJP brawl was also seen at Dakshindari area adjacent to Salt Lake. While TMC blamed the BJP to spare money to buy votes the BJP claimed that the TMC didn’t allow the BJP supporters to cast their vote.

When visited several booths, even the presiding officers in the booth didn’t talk to FPJ and other media fearing violence.

Gopal Roy who is a TMC supporter and a close aide of Sujit Bose claimed that the BJP intimidated voters from Friday night, however the saffron camp had turned down the claim. 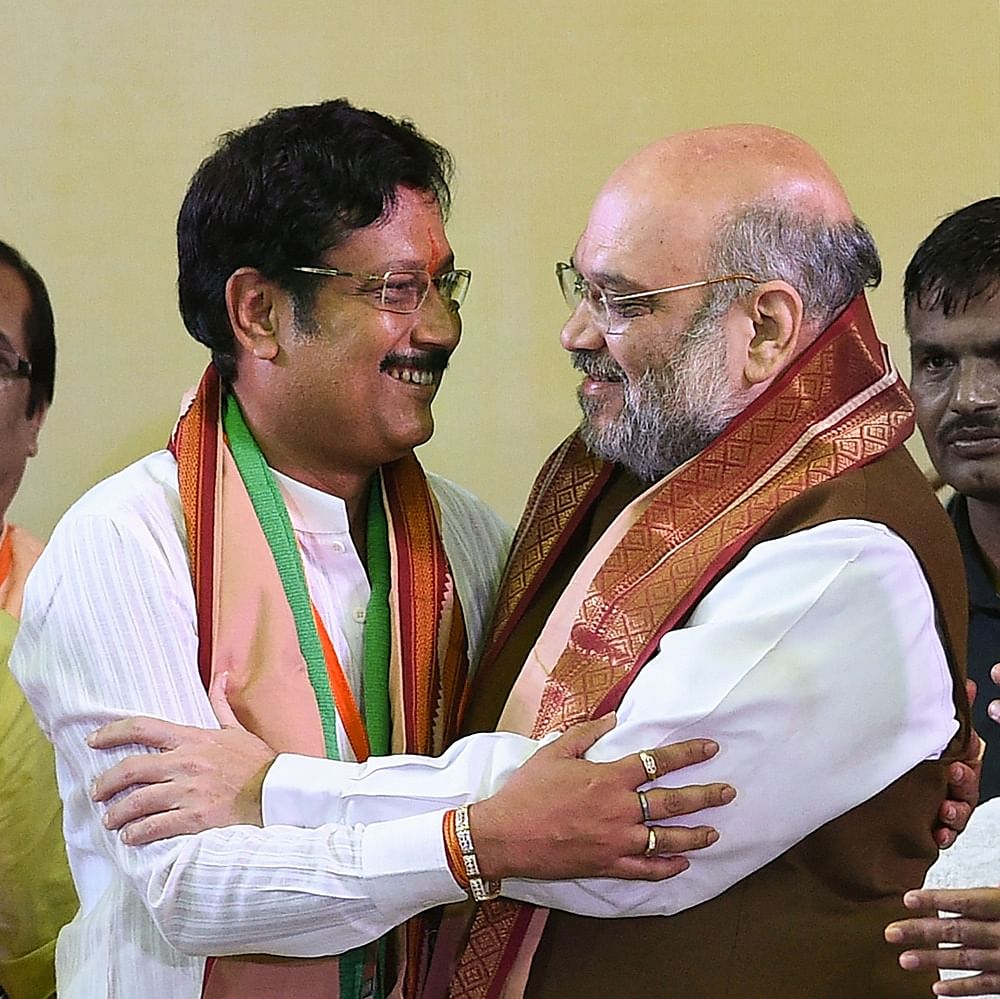