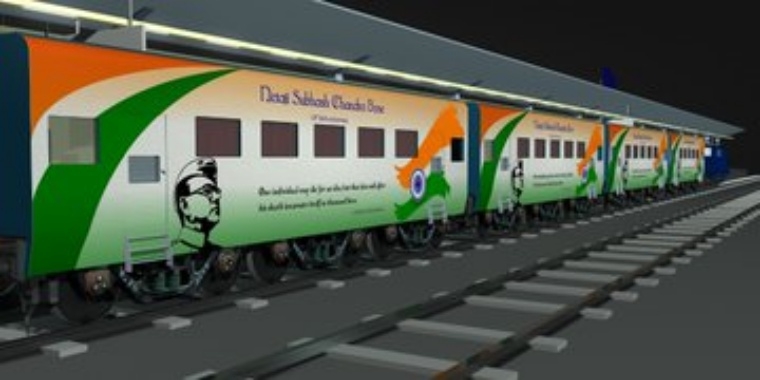 Claiming that this should be done as a part of 125 th birth anniversary of Netaji Subhas Chandra Bose, Chandra Kumar Bose claimed that he had also written a letter to Union Railway Minister Ashwini Vaishnaw in August but is yet to receive a response.

“Such an initiative was taken during the 150 th birth anniversary of Mahatma Gandhi. This concept of turning certain compartments into railway museums is there overseas as well for important people who have made a difference in history,” said Chandra Kumar Bose.

Notably, two days back the BJP leader also took to Twitter and claimed that a mobile museum for people across the country to learn about the Indian National Army’s contribution.

“Celebrating #NetajiSubhasChandraBose's #125thbirthanniversary converts a train into a mobile museum for people across the nation to know about the contribution of #IndianNationalArmy. Jai Hind!,” read Bose’s tweet.

Chandra Kumar Bose also mentioned that there is one museum on works of Netaji in Red Fort and two in Kolkata out of which one is in Victoria Memorial and other in Netaji Bhawan.

“People from the rural areas cannot visit these places and if a mobile museum is opened then everyone can witness it. The schools can also encourage students to visit the same and write essays on Netaji and the top two or three essays can be given a year’s free pass to any part of India,” said Bose.

In the proposal Chandra Kumar Bose had urged the Prime Minister to launch the train in October from Cuttack since Netaji was born there.

Bose said that the proposed date of launch also coincides with the Indian National Army launching war on the British Army in 1943.

As per Bose’s plan the first coach should have audio-visuals on Netaji in different languages and the second coach should be an interactive classroom with Netaji’s photographs and items. The third should depict how the Indian Railways have assisted revolutionary freedom fighters in travelling across the country to proclaim the message of freedom and the fourth coach should be utilised to transport support personnel.