Yadav told mediapersons at the party headquarters that his party will win 400 seats in the next assembly elections.

Though the 'cycle yatra' at the tehsil-level in all districts marks the birth anniversary of veteran socialist leader Janeshwar Mishra, the purpose, political observers say, is to galvanise the SP ahead of the upcoming state Assembly elections, barely few months away.

Before pedalling down the streets of the state capital, Yadav told mediapersons at the party headquarters that his party will win 400 seats in the next assembly elections.

"I was saying that we will win 350 seats. But seeing the anger of people, I can say we can now win 400 seats," the former Uttar Pradesh chief minister said.Uttar Pradesh has 403 assembly seats.

Flaying the BJP government in the state over management of the pandemic, he said, "I condole death of all those who died during the second wave of Covid. The government did not help those who lost their family members. It could not arrange oxygen and medicines and left people to die".

Attacking the BJP for allegedly inducting criminals, Yadav said that as elections are nearing, the saffron party has put its ideology on the back-burner.

"Party has not read its election manifesto (of 2017). Now it is concentrating on 'money-festo'. The BJP has no work culture and could do nothing in the past over four years except renaming projects of previous SP regime," he charged.

The BJP has made Uttar Pradesh the number one state in terms of number of malnourished children, custodial deaths and disposing bodies in River Ganga, he charged.

Taking a swipe at Yogi Adityanath, he said that as the chief minister did not know how to operate a laptop, he did not distribute it to children.

"He (CM) must not be knowing about DNA and its full form. You (media) persons can go and ask him," he said when asked about laying the foundation of a forensic science institute in the state capital.

The yatra, which will cover a distance of 5-10 km in all districts, is being taken out to protest the "anti-people" policies of the ruling BJP, price rise, unemployment, farm laws, rising crime and to demand release of jailed party leader Azam Khan, the party said.

It said the cycle march in Lucknow will cover a distance of 6.5 km.

Cycle is the SP's election symbol and laying of cycling tracks along important thoroughfares, especially in the state capital, with demarcations painted red and green (colour of the party flag) has often incurred the wrath of its political rivals.

The Samajwadi Party also plans to take out a 'Rath Yatra' in the state in October which will cover almost all the 75 districts of the state.

The SP recently concluded a series of meetings with the workers of over 300 of the 403 assembly constituencies.

During these meetings, the names of probable candidates for assembly segments were also discussed.

The party has made it clear that it will not have an electoral alliance with any of the major parties. However, it is open for alliance with smaller parties, Yadav had told PTI in a recent interview.

Making light of the cycle yatra, Bahujan Samaj Party chief Mayawati said the SP is now remembering the late Janeshwar Mishra after the immense success of her party's intellectual conferences.

This move by the SP is aimed at gaining cheap popularity, she charged.

BJP MP Jagdambika Pal said that for the past over four years Yadav was "working from home" and never came out on road on the issues of public interest and with the approaching assembly elections he has resorted to this "gimmick". 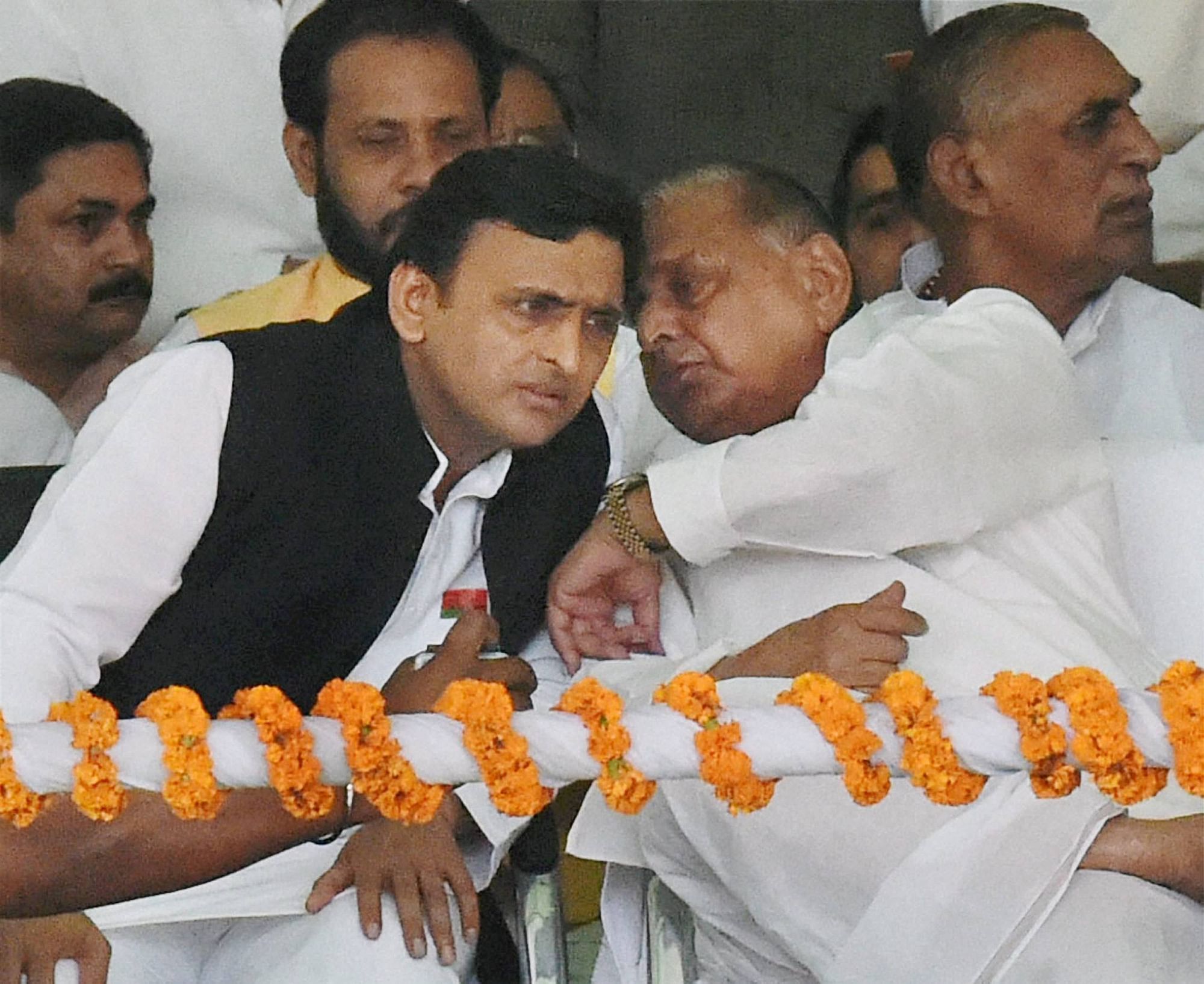