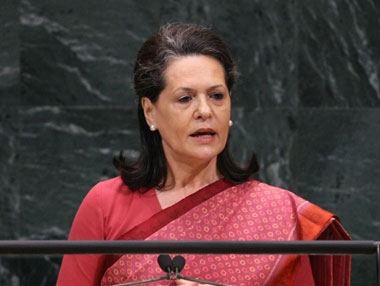 “Economic and social development of the nation should go hand in hand for which we need to fight communal forces strongly,” Gandhi said here at a programme in Malda district where Prime Minister Manmohan Singh was also present.

“We are a secular nation and this is our main strength and capital. The Congress party is fully prepared to protect the secular fabric of the country,” Gandhi said.

Stating that the UPA government had adopted a slew of measures for minorities and backward classes and to protect the dignity of women, she said programmes such as the MNREGA, JNNURM, Bharat Nirmaan, and providing social security for unorganised sector had also been taken up.

She said that the government would soon pass a legislation for protecting of women against crimes.

“In the budget, the government had announced setting up of an all-women nationalised bank which would extend credit to them with a seed capital of Rs 1000 crore.

“This shows how much the government is seized with the cause of women in maintaining their dignity. The budget had also sought to set up a Rs 1000-crore Nirbhaya Fund for women for the same reason,” she said.