We have not experienced a recession, in pre-Covid, during Covid and post-Covid times, says CM Baghel 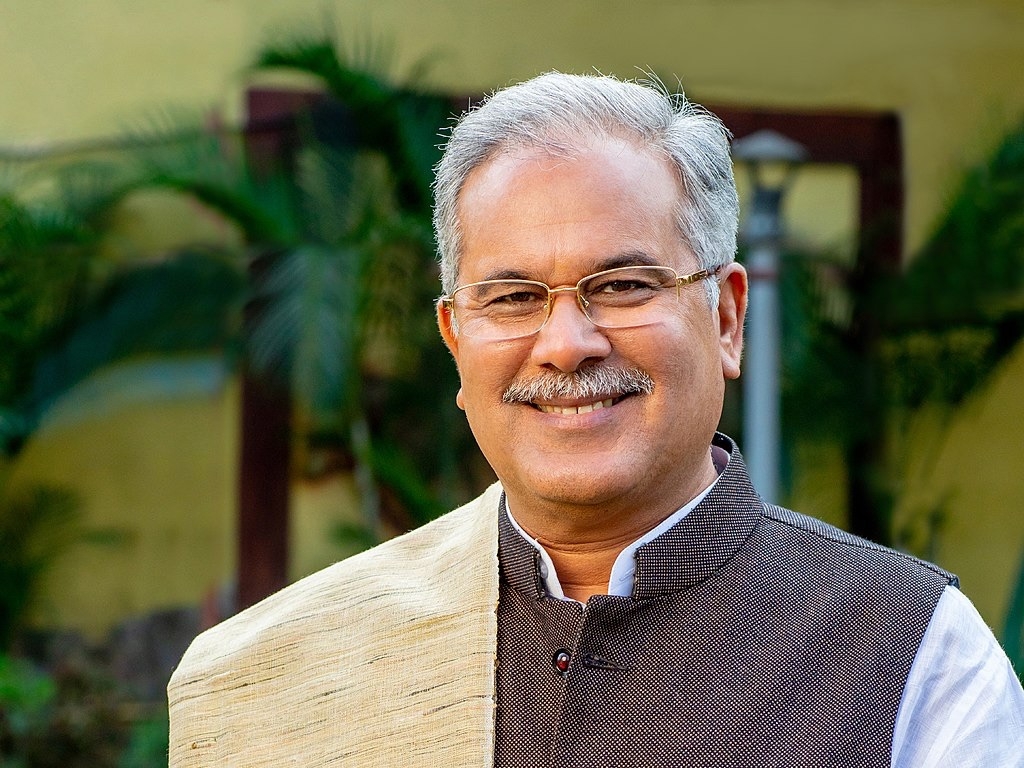 There are many things that Bhupesh Baghel, CM of Chhattisgarh, can be proud about. One of them, often not talked about, is that as the chief minister of a Congress-ruled state, he has bested almost all BJP-ruled state governments in terms of economic growth. At the local level, he has ensured that despite COVID-19 outbreak and its subsequent lockdown, the state has not faced recession.

CM Baghel, in an exclusive interview with The FPJ team, pointed out that even when the country witnessed an economic slowdown pre-pandemic, his state remained unaffected.

Chhattisgarh has been ranked as the cleanest state of India in the Swachh Survekshan 2020. What has your government done differently to achieve this?

We have developed a model called ‘Swachhta Didi’. We trained them regularly. This was mainly developed to generate employment and to maintain cleanliness in the state. We worked very seriously towards achieving this title. This is a result of an effort of citizens, government officers, elected representatives among others.

Godhan Nyay Yojana launched by your government is being touted as a game-changer for rural areas, which can be a model for the rest of the country. In your opinion, how can this scheme transform the rural economy and generate employment opportunities for the local population?

If you look around the country, all the wandering animals and the common citizen are worried. In every state, various schemes were created to address this issue. In our state as well, cow shelters were started. The caretakers of these shelters received government support yet the issue was not resolved. The caretakers became fatter, the cows thinner. We looked at this issue very seriously.

So, we decided that if we buy gobar (cow dung), then these shelter homes will not just feed these animals but also not let them wander away (but tie them up).

Due to this move, cows stopped destroying crops and stopped wandering in the streets of cities. People also started paying attention to the needs of the cow.

While everyone shouted slogans that cows are like our mother, none of them really took care of cows.

After they started receiving money from selling cow dung, people started taking care of not just milking cows but non-milking one's as well.

Are you extracting biogas from this dung?

We wish to use dung in multiple areas. Dung is used to making lamps during the festive season as well. This dung is mostly used for vermicompost. In areas where there are more cows, we will set up biogas plants. We are trying to create jobs through such activities as well.

What are the other key schemes/programmes that your government has launched to strengthen the rural economy and empower the farmers of the state?

First, we introduced a loan waiver and then we introduced Rajiv Gandhi Kisan Nyay Yojana. In the past, the farmers sold grain at Rs 25 per quintal. So, the central government said that if we give beyond Rs 25, the central government will not purchase grain from us. But we had promised the farmer already. So, we decided that along with grain farmers, we should include sugarcane, maize and other crop farmers under the Rajiv Gandhi Kisan Nyay Yojana. We are giving Rs 10,000 per acre to every farmer there.

We have already given two installments. We will give the third installment on 1 November.

We have a large forest cover. Due to the COVID-19 pandemic, the tourism industry has taken a hit which impacted sales of forest produce.

With the help of self-help groups, we started buying mahua flowers, tamarind and other produce from the farmers there. We set aside Rs 400 crore for this procurement. Chhattisgarh also has 74 per cent of the small and medium units in the country. We got the mahua flowers, which used to sell at Rs 17 a kg, and bought them at Rs 30. We gave them to the small and medium units which purchased them at Rs 40 a kg for sale to the public.

All this, coupled with subsidised power, ensured that even during the coronavirus time pandemic, the farmers fetched better value for their produce.

We are supporting landless labourers and forest produce too. The forest produce like mahua were sold at good rates during COVID-19 period — farmers’ incomes doubled. This is how the rural economy was built.

We did not experience a recession even during pre-COVID-19 times, and not even now. And if you compared the GST collections of this September compared to last September, there has been an increase of 24 per cent.

During the pandemic, what worked in Chhattisgarh’s favour compared to other states?

Under MNREGA (Mahatma Gandhi National Rural Employment Guarantee Act), we were giving 36 lakh farmers employment. We were able to give 100 days of employment for one family. We were the first state to implement MNREGA and we did not stop it during the lockdown as well. Here unemployment is also as low as 2 per cent. 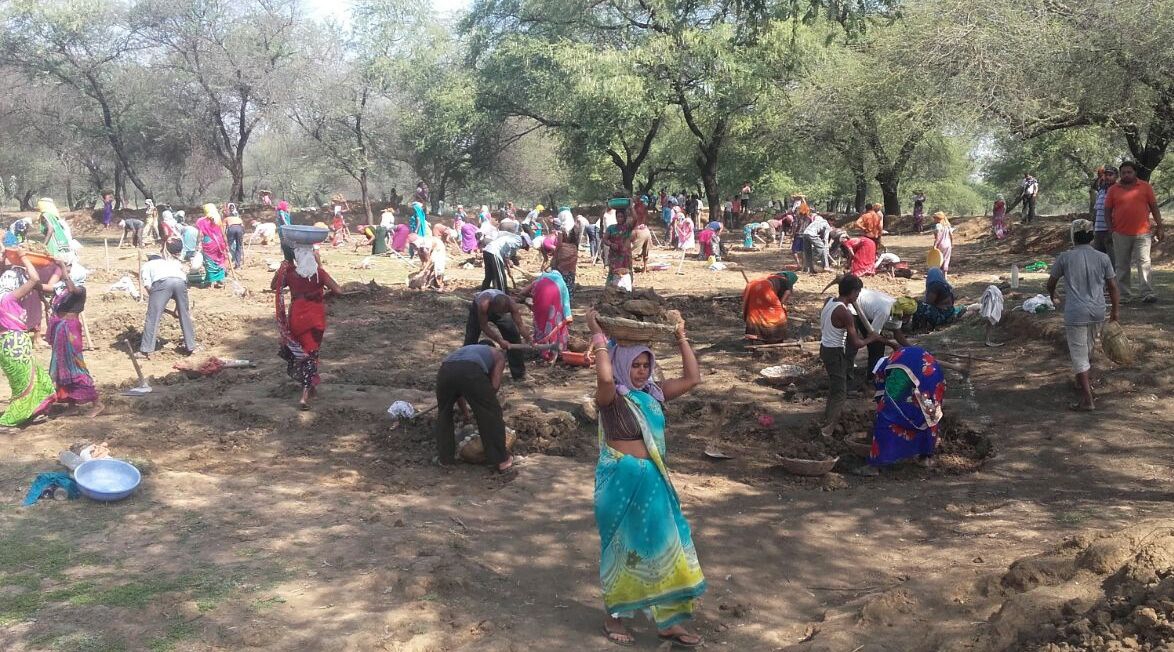 What have been the major achievements of your government in the past two years?

The economy of the state is stronger today. We took special care of people's economic wellbeing — from farmers, to tribal communities, to labourers, to service sector professionals among others. There was no impact of the economic slowdown, not even in the urban area. As a result, all sectors began doing well – textiles, gems & jewellery, automobiles, steel production, you name it.

We as a state are doing good not just in agriculture but industries as well.

We are planning to make ethanol from paddy. Most probably, we will set up six plants for this in the state. The central government has also allowed Indian Oil to buy ethanol made from paddy at Rs.14 a litre. So paddy that is sold below MSP, will also see demand grow and get better prices.

How did you reduce corruption in the state?

We have our elected representatives across the state but if we see there is corruption anywhere we take action instantly.

What initiatives have been taken by your government to promote the education and IT sector?

After the lockdown was announced, we made sure that education reached the doorstep of every student. We had both modes of education — offline and online — even during the pandemic.

We had 2 lakh teachers joining us and 23 lakh students. The students who had no access to online education, we made sure they received education through SMSes.

We ran a campaign as well to attract students to continue their education. This helped a lot.

The IT sector got a boost as we shifted a lot of our activities online. We began delivering government services online. For instance, all registrations are online. We used IT to strengthen our real estate sector. Usually, it takes time to get permissions for construction and other activities in the real estate sector. So, now one has to put in an application and they will receive the response in a time-bound manner.

We are trying to take all government services online.

As part of becoming digital savvy, we are looking at taking some services of police online. For instance, if someone is misbehaving with a woman then she can — through a mobile or any other device — send an alert. Then the police will reach out to her for help. In addition, I have written a letter to Chief Justice of Bilaspur seeking speedy redressal for issues-related to women through fast-track courts.

What are the initiatives being taken by your government for industrial growth and nurturing the local entrepreneurs?

What steps are being taken to harness the rich potential of the state in mining, energy production and manufacturing?

In the case of mining, industries will have to maintain the balance between the environment and mining. We are making sure that all mining activities take place as per the law.

We have also introduced mining policies for industries and this has attracted many industrialists to our state — be it for ethanol, gems, aluminium or others. More and more people are showing interest in this.