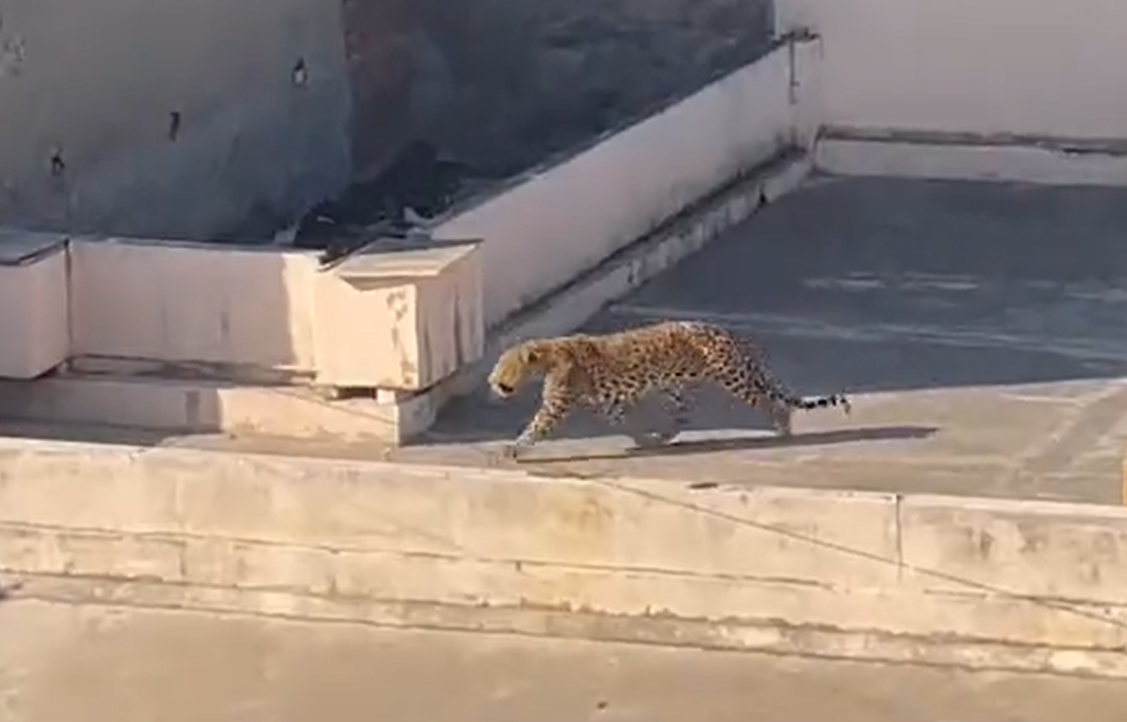 It was a horrifying Sunday morning for the residents of Malviya Nagar residential colony in Jaipur. A leopard from the nearby forest was seen roaming on the roofs of the colony for around two hours. The forest officials rescued the big cat and it will be released into the forest after the medical checkup.

The residents told that they heard the growling of the leopard from a deserted house of the colony and when they went a little closer to the house, the leopard was seen sitting in the verandah.

The residents informed the forest officials and police but in the meantime, the leopard started roaming on the roofs of the nearby houses. Forest officials tranquilised the animal and rescued it. Regional forest officer Janeshwar Choudhary said that the leopard is identified as Sultan from the Jhalana Leopard Reserve and will be released inot the forest after a full medical checkup.

Notably, it is not the first incident of leopards coming in the residential areas of Jaipur. In fact, this is 8th such incident in last two years. The Jhalana Leopard Reserve is near the city and leopards often wander into the city.