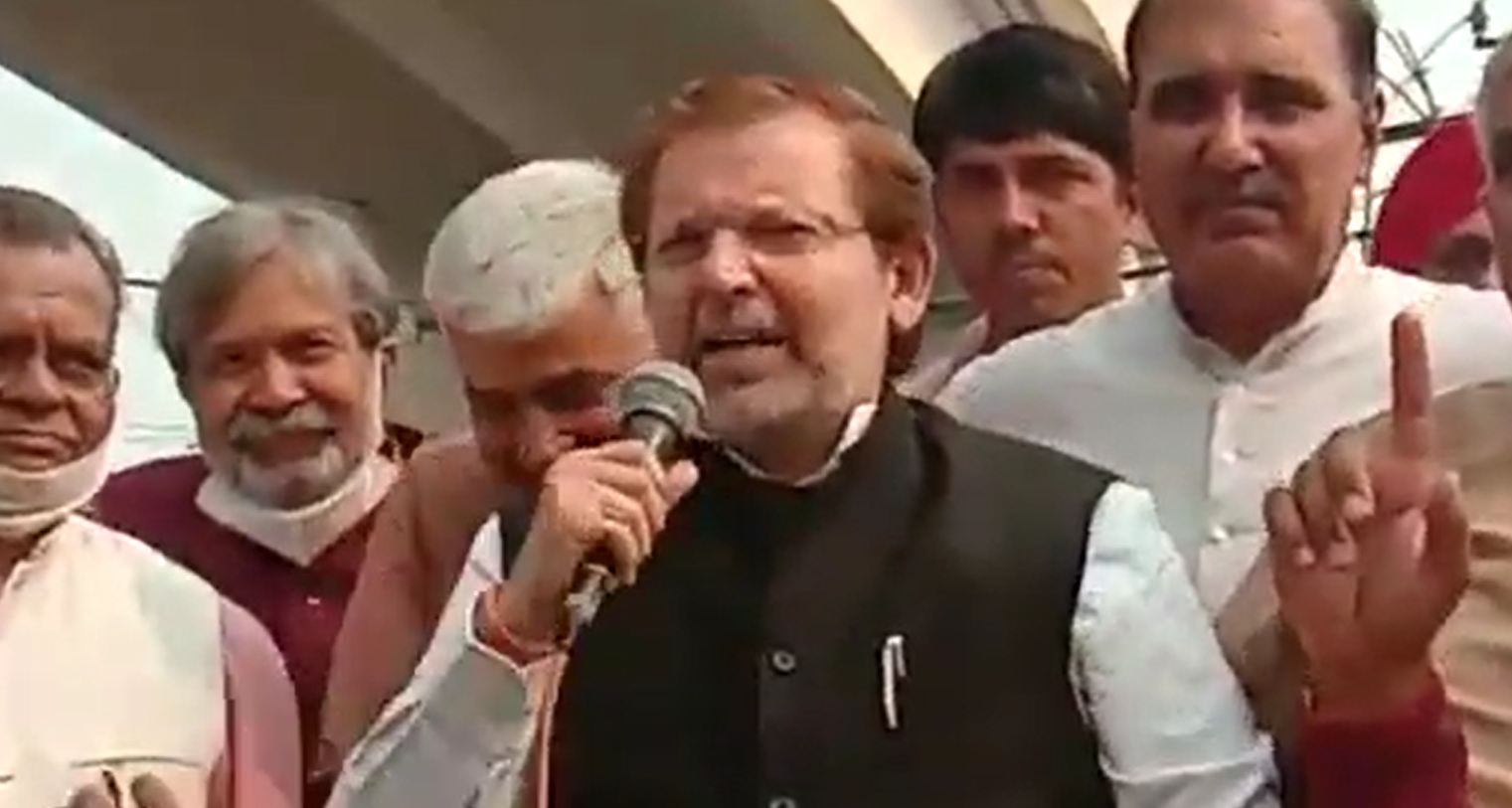 In an shocking comment, Haryana Bharatiya Janata Party (BJP) MP Arvind Sharma threatened that he would "gouge out the eyes and cut off the arms" of anyone who opposed his party colleague Manish Grover.

Sharma made the appalling comment at a public event. His remarks were greeted with cheers and applause by the audience. The video of his speech has gone viral on social media.

For the unversed, some BJP leaders, including Manish Grover, were held up inside a temple complex in Rohtak district's Kiloi for hours on Friday as several villagers and farmers staged a protest outside.

According to a police official, the incident occurred when Grover along with the local BJP leaders reached the temple complex as part of their plan to watch from there the live telecast of Prime Minister Narendra Modi unveiling a statue of Adi Shankaracharya at the seer's rebuilt samadhi in Kedarnath.

The demonstrators allowed the leaders to leave the temple complex only in the evening after the district administration and police officials pacified them.

"The protest has ended and the BJP leaders have left the temple complex," Rohtak's Deputy Superintendent of Police Sajjan Singh said.

Earlier in the day, when the villagers and farmers came to know that the BJP leaders were at the temple complex, they cordoned the site preventing the BJP leaders from coming out.

Some reports had claimed that the protesters were demanding that Grover should apologise to the farmers over some issue. Deputy Superintendent of Police Sajjan Singh said the opposition of demonstrators was to the presence of BJP leaders in Kiloi.

Senior officials of the district administration and police of Rohtak and some from neighbouring districts were at the site throughout the day to prevent escalation of the situation.

When asked if he apologised to protestors for his release, Grover said, "I did not apologise. We just came here to seek the blessings of Lord Shiva."

Raju Makrauli, a farmer leader, said, "It was decided that until the three laws of agriculture are withdrawn, we will protest against the entry of BJP leaders. Despite this, they want to do their program by going to cowsheds and temples, but we will not allow this to happen."

They claim that these laws will leave them at the mercy of corporates. They are also demanding a new law to guarantee the minimum support price (MSP) for their crops. The Centre, which has held 11 rounds of talks with farmers to break the deadlock, has maintained that the new laws are pro-farmer

(With PTI and ANI inputs)