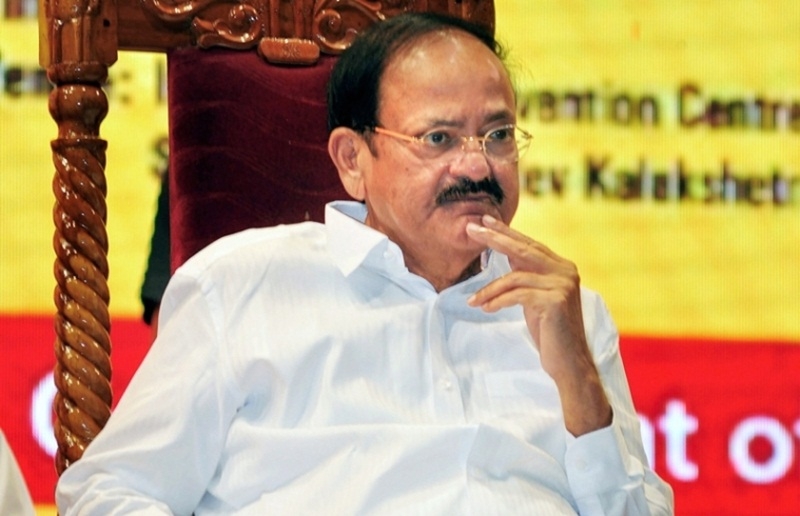 Vice President and Rajya Sabha Chairman M. Venkaiah Naidu on Saturday called for a wider debate on the 'freebies' being doled out to ensure the most effective utilization of the scarce resources in the country.

While speaking on the occasion of the centenary celebration of the Public Accounts Committee (PAC), Venkaiah Naidu said: "We are all alive to the present scenario of the governments indulging in doling out freebies for obvious reasons. While ensuring the welfare and social security of the needy people is an important obligation of the governments, it is time that there is a wider debate on harmonizing the welfare and development objectives."

"Expenditures must be carefully balanced so that both the short-term and long-term development objectives get equal attention. Since PAC has to examine the effectiveness of resource use in terms of socio-economic outcomes, it may be in order for the Committee to examine the issue of balancing these two objectives for wider consideration," he added.

Naidu noted that though the PAC examines the expenditure already incurred, its reports, observations and recommendations are further amplified by the Members of Parliament raising questions and debates based on them and media reporting on the same.

Besides, PAC's constant pursuit of action taken by the government creates the 'fear of scrutiny' among all the concerned and this results in systemic improvement and prevention of 'financial murders' (large scale irregularities and wasteful expenditure), said Naidu.

He also referred to the dream of every MP to be on PAC given its role and importance.

The Vice President referred to various initiatives launched by the Modi government for efficient utilization of resources besides checking corruption and improving governance.

"It may not be out of place to note on this occasion that the government led by Prime Minister Shri Narendra Modi has over the last seven years undertaken a wide range of initiatives to ensure effective utilization of limited resources. One illustration is the Direct Benefits Transfer (DBT) which has resulted in substantial savings. Corruption has been substantially eradicated and spirited efforts were launched to improve governance at various levels," Naidu said.

Complementing the PAC for its contributions over the years, the Vice President said that its effective functioning ensuring financial accountability of the Executive enhances people's trust in the 'oversight' function of the Parliament and management of public finances. He also noted that accountability and transparency in public spending improve the confidence of investors as well. Naidu also urged the PAC to reinvent itself based on the experience of the last 100 years to more effectively ensure financial discipline in the context of the central government's budgetary expenditure increasing from a mere Rs 197 crore in the first budget to Rs 35 lakh crore now, marking an increase of 17,766 times making its monitoring by the Committee that much more complex and challenging.