The productivity of the House was recorded at 82 per cent while 18 hours and 46 minutes were lost due to protests.
IANS 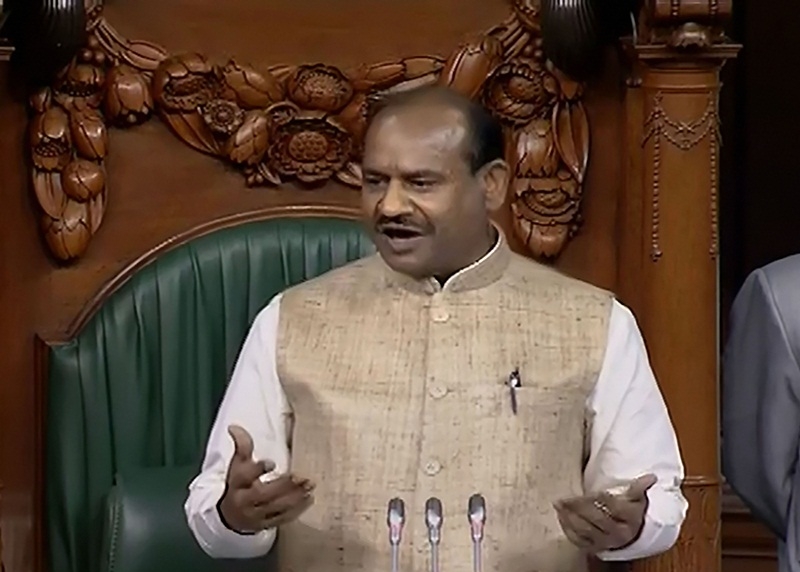 While ending the 7th winter session of 17th Lok Sabha, Speaker Om Birla said, "the productivity of the session was 82%."

The 7th Parliament session of the 17th Lok Sabha has been adjourned sine die today. During the session, many topics were discussed positively,

During this, Hon'ble Prime Minister, I express my gratitude to the leaders and members of all the parties in the House for their cooperation.

The proceedings of the Lok Sabha were adjourned sine die on Wednesday, a day ahead of schedule.

Soon after the House resembled at 11 a.m., Speaker Om Birla said that the House was heading towards the closure of the winter session.

Addressing the members, he said that during this session, the House had 18 sessions with 83 hours 12 minutes. The productivity of the House was recorded at 82 per cent while 18 hours and 46 minutes were lost due to protests.

"During this period, 12 Bills were introduced in the House while nine Bills were passed which includes the withdrawal of the three farm laws, Bills related to extension of the service tenure of the Directors of Enforcement Directorate and Central Bureau of Investigation, the Election Laws (Amendment) Bill, the Assisted Reproductive Technology (Amendment) Bill and Supplementary Demands of grants," Birla informed the House, adding that on December 2, the House recorded the highest productivity of 204 per cent.

He also said that during the winter session, a total of 91 starred questions were replied to by the government, 563 questions were answered during the 'Question Hour' while several important issues were discussed under Rule 377.

The Speaker informed that 44 reports of the Department related Standing Committee were presented in the House and 2,058 papers were laid by the Ministers.

Birla thanked the Secretary General and all parliamentary staff for their cooperation during the running of the House. After playing of the national song 'Vande Matram', he adjourned the House sine die.

The opposition members, since last week, continued its tirade against the government and staged protests demanding the sacking of Minister of State for Home Affairs Ajay Kumar Misra Teni from the Union Cabinet in the Lakhimpur Kheri violence incident.