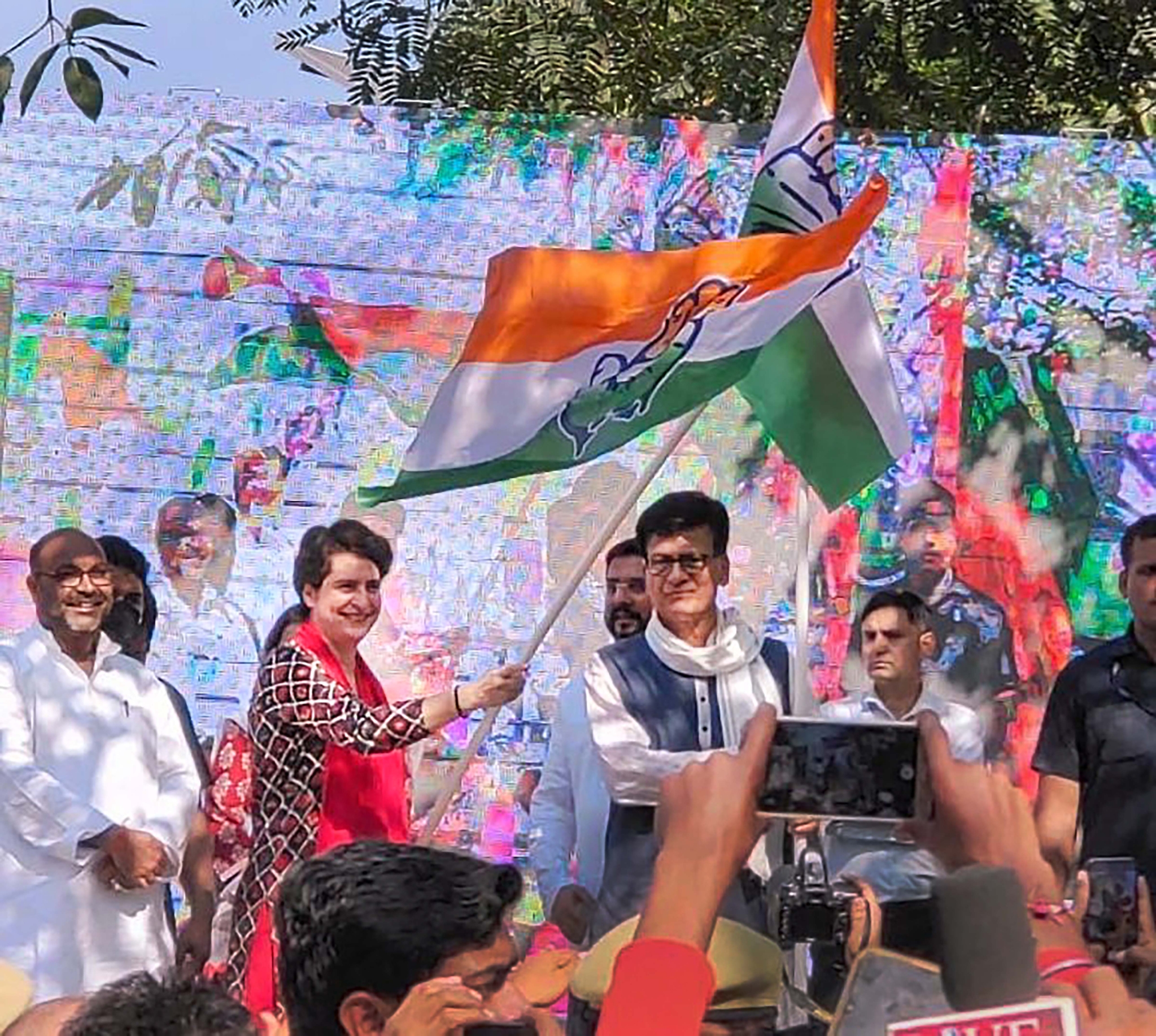 Lucknow: Farm loan waiver, half electricity bills, Rs 25000 for Covid-19 hit homes, 20 lakh new jobs, minimum support price (MSP) of Rs 400 for sugarcane and Rs 2500 for paddy & wheat, Congress leader Priyanka Gandhi has made seven major promises ahead of Uttar Pradesh Assembly polls. On Saturday while launching Pratigya Yatras in UP, Congress general secretary released a list of these promises. She had earlier promised scootys & smartphones for girls and 40 per cent tickets to women in coming UP Assembly polls. To assure people that all promises would be fulfilled, Congress has given a slogan 'Hum Vachan Nibhayenge (we will keep promises)'.

UP Congress is taking out these Yatras from three places in the state simultaneously. While Priyanka Gandhi flagged off Yatra in Barabanki, two more have begun on Saturday from Varanasi and Saharanpur. The Yatra that began from Barabanki would go to several districts such as Lucknow, Unnao, Fatehpur, Banda; Chitrakoot & Jalaun in Bundelkhand while the one from Varanasi to the districts including Chandauli, Sonbhadra, Mirzapur. Prayagraj, Pratapgarh and Amethi in eastern part of UP. The Yatra that began from Saharanpur will move in various districts of west UP and is being led by senior Congress leader Salman Khurshid, Pramod Krishnan and Imran Pratapgarhi. In the east UP, senior party leader Rajesh Mishra, Pramod Tiwari and Nadeem Javed, is leading the Congress Pratigya Yatra. Former minister Naseemuddin Siddiqui, PL Punia and Pradeep Jain Aditya, would lead the Yatra covering Bundelkhand.

According media convener of UP Congress Lalan Kumar, three Yatras have begun from Saturday while the fourth one would start from the end of this month and cover the districts in the Awadh region of UP. He said that the promises made by Congress have been properly weighed and feasibility being checked. The party will fulfill all the promises it made if voted to power. Lalan Kumar welcome the Yatra that began from Barabanki in Chinhat area on the borders of Lucknow.

Meanwhile, the spokesperson of Bhartiya Janta Party (BJP) Alok Awasthi has raised doubts over the promises being made by Priyanka Gandhi saying that why not such things were applied in the Congress-ruled states. He said that Priyanka Gandhi should made it clear as to how money for these promises would come.