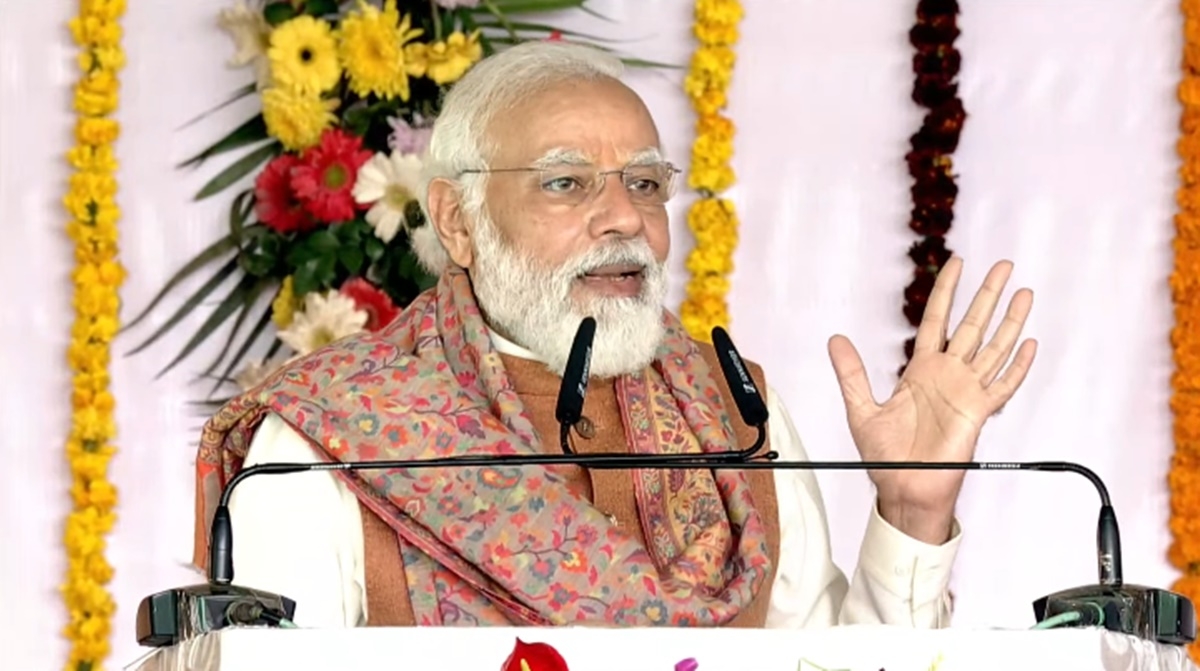 Addressing the public at the foundation-laying ceremony in Meerut, PM Modi said that it has been quite significant for him to visit Meerut at the beginning of the new year.

"This university worth Rs 700 crores will provide international sports facilities to the youth. Every year, more than 1000 girls and boys will graduate from here. Earlier, only criminals and mafias used to play and tournaments of illegal land grabbing happened," he added.

PM Modi lashed out at the previous regimes in Uttar Pradesh for protecting criminals during their tenure and pointed out that the present Yogi Adityanath government plays "jail-jail" with such lawbreakers.

Addressing a public rally after laying the foundation stone of Major Dhyan Chand Sports University in Uttar Pradesh's Meerut, PM Modi said, "During the previous governments, the criminals, mafia were allowed to play their own sport. Earlier there used to be tournaments of illegal occupation. The people of Meerut and adjoining areas can never forget that their homes used to be burnt. It was because of the sport of the previous governments that the people were compelled to leave their own homes and flee to other places. Now the Yogi government is playing jail-jail with such criminals."

"Five years ago, daughters here were afraid of going out after evening. Today, they are making the whole country proud," PM Modi added.

As per an official statement issued by Prime Minister's Office, the university is established at Salawa and Kaili villages of Sardhana town in Meerut at an estimated cost of about Rs 700 Crore.

One of the key areas of focus for the Prime Minister is inculcating sporting culture and establishing world-class sporting infrastructure in all parts of the country. The establishment of Major Dhyan Chand Sports University at Meerut will be a major step towards fulfilling this vision, PMO said.

It will also house facilities for Shooting, Squash, Gymnastics, Weightlifting, Archery, Canoeing, and Kayaking, among other facilities with the capacity of training 1080 sportspersons including 540 female and 540 male sportspersons.

Earlier in the day, PM Modi offered prayers at the Augurnath temple. He also paid floral tribute at Shahid Smarak. He was joined by Uttar Pradesh's Governor Anandiben Patel and Chief Minister Yogi Adityanath. Uttar Pradesh is slated to go to the Assembly polls early this year.