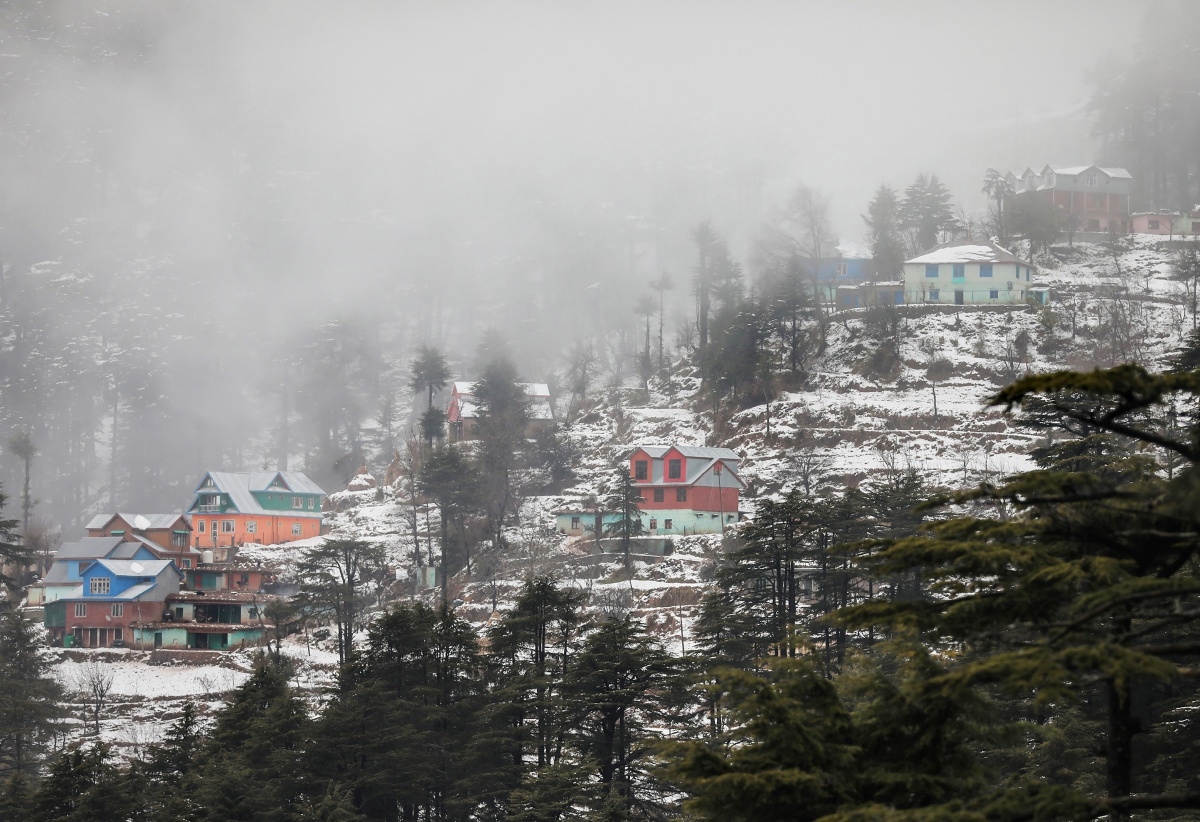 Mist covers a snow covered hill top after a fresh spell of snowfall at Patnitop hill near Jammu-Srinagar National Highway, about 115 km from Jammu, Thursday, Jan. 6, 2022 | -

Most places in Kashmir on Friday witnessed moderate to heavy snowfall as authorities issued an alert for avalanche-prone areas of it, officials said.

An official of the MET department said moderate snowfall was reported from most areas in south and central Kashmir.

"The intensity of the snowfall is going to be heavy tonight and tomorrow. The weather is likely to improve from Sunday," the official said.

The snowfall, which began late in the afternoon, forced cancellation of several flights to Srinagar airport, they said.

Of the 37 scheduled flights, 23 had operated till the snowfall began, they said.

The authorities have issued an avalanche alert for snowbound hilly areas of Kashmir.

People living in the mountain districts of the valley and in Chenab region have been advised not to venture out unnecessarily, the official added.