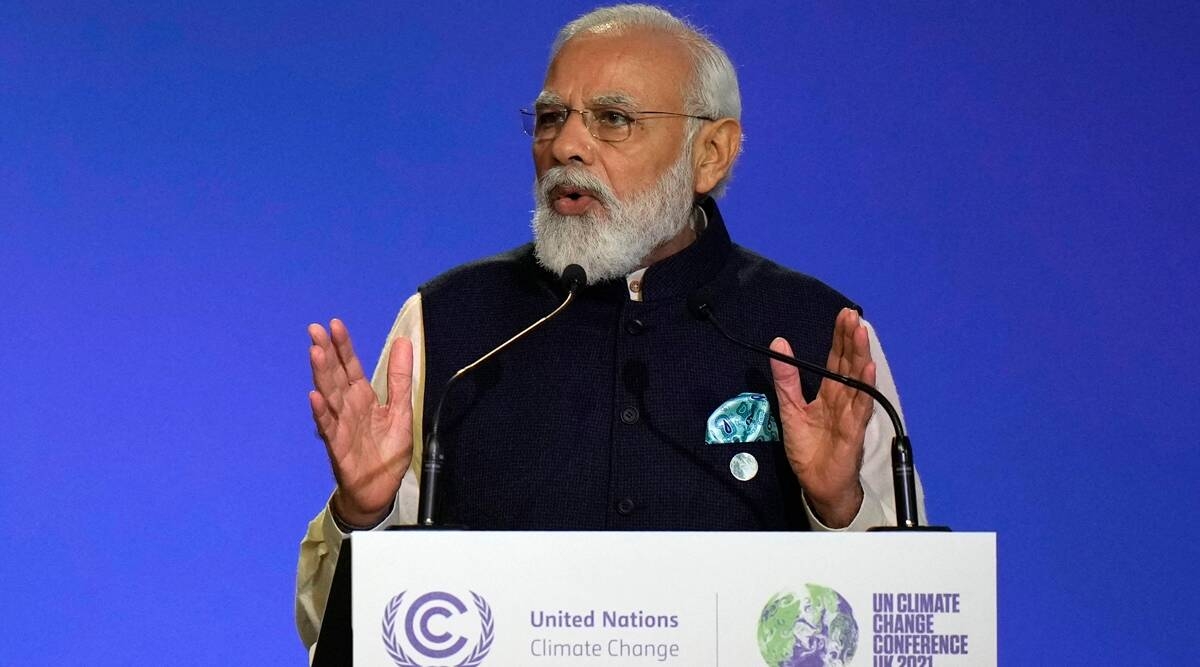 Prime Minister Narendra Modi presented the formal position on India's climate action agenda, calling for adaptation and not mitigation to be the central strategy. COP26, running from Sunday to November 12.

"When I came to Paris for the first time for the Climate Summit, I had no intention to add my own promise to other promises across the world. I had come with concern for humanity, as a representative of a culture that gave a message of Sarve Sukhinah Bhavantu," PM Modi said while delivering the speech.

Some key points given by the Prime Minister:

Despite being 17% of the world population, India's contribution to global emission stands at only 5%, the PM said.

The whole world agrees that India is the only country out of all the other biggest economies of the world that had delivered on the Paris commitment.

India stands at fourth place in the world in 'Install Renewable Energy Capacity'. In the last seven years, there has been a reduction of at least 25% in the use of non-fossil fuels energy.

3) Carbon emission to be reduced by 1 billion tonnes.