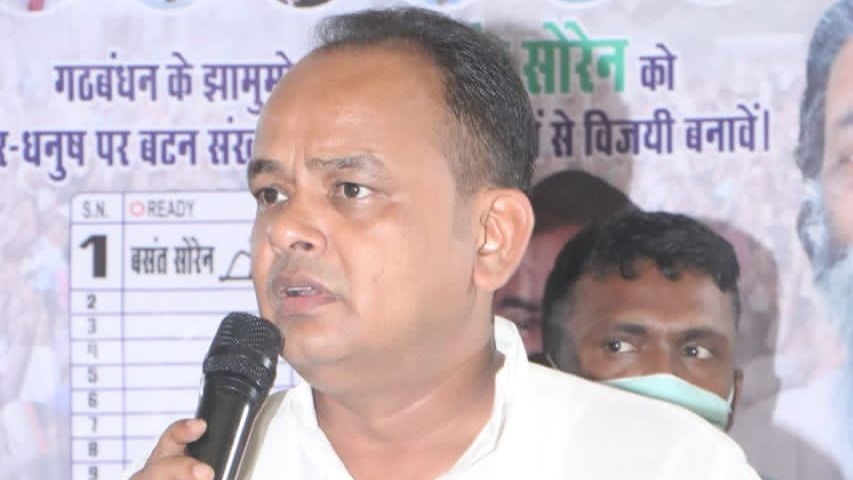 Jharkhand Congress MLA Dr. Irfan Ansari on Friday gave a controversial statement that the roads of his assembly constituency, Jamtara, 'will be smoother than cheeks of film actress Kangana Ranaut.'

#WATCH | Jharkhand: I assure you that roads of Jamtara "will be smoother than cheeks of film actress Kangana Ranaut"; construction of 14 world-class roads will begin soon..: Dr Irfan Ansari, Congress MLA, Jamtara

The Congress MLA is know for making controversial remarks and this time his comments involved Bollywood actress Kangana Ranaut. He said that the roads of Jamtara will be smoother than the actress' cheeks and the fine roads will be used by all- Adivasi children, youth and business class people.

Years ago a similar statement was given by RJD supremo Lalu Prasad Yadav who compared the roads in Bihar with actress Hema Malini's cheeks. He had claimed that he would develop roads as 'beautiful as cheeks of Hema Malini' in the state. The distasteful remark had trigged massive controversy.

Dr. Ansari's statement was in context of the construction of fourteen roads that he has got approved by the government. The MLA said that he wants to develop world class roads in his constituency, especially in the areas of Adivasi population.

Recently the Jharkhand MLA had made headlines for his remarks on Prime Minister Narendra Modi's security lapse in Punjab. He suggested that the PM should go to Pakistan if he feels scared in his own country. This too sparked massive controversy.