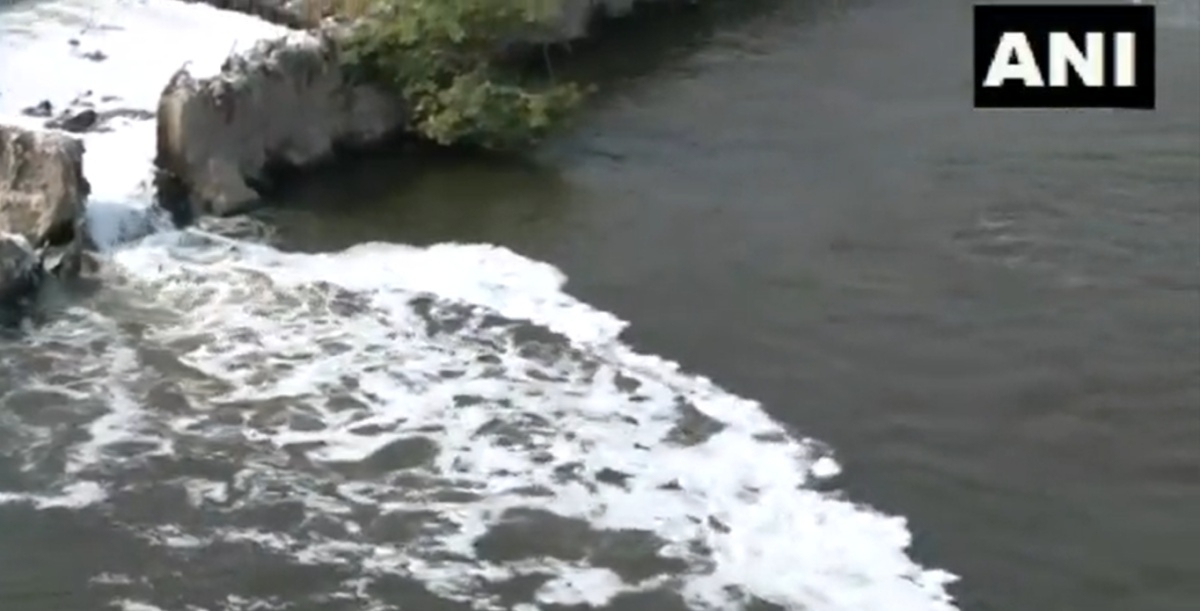 A day after Chhath Puja was celebrated in various north Indian states including Uttar Pradesh, toxic foam was seen floating in river Gomti of Lucknow.

In a video shared by news agency ANI, a hazardous foam can be seen floating in Gomti river due to increased ammonia levels and high phosphate content, caused by the discharge of industrial pollutants including detergents into the river.

On the last day of Chhath celebrations, devotees made offerings to Sun God while standing knee-deep in the water of toxic foam-laden Yamuna river, near Kalindi Kunj in Delhi today.

This comes just a day after the Delhi High Court dismissed a plea challenging decision to prohibit the devotees from performing Chhath Puja at the banks of the Yamuna river.

Meanwhile, the political tussle between the ruling Aam Aadmi Party in the national capital and Bharatiya Janata Party continued after the District Disaster Management Authority (DDMA) order prohibited devotees from performing the rituals at the ghats of Yamuna to prevent the spread of COVID-19.

BJP MP Manoj Tiwari on Wednesday reached the Yamuna Ghat in Sonia Vihar and said that he will not follow the orders, adding that nobody can stop the people from performing the rituals.

Tiwari's visit to the Yamuna Ghat came on the third day of the four-day-long festival.Denying to follow the order of the Delhi Disaster Management Authority (DDMA) prohibiting celebrations of Chhath Puja at public places due to the threat of COVID-19, Tiwari said, "We will not follow the DDMA order. No one can stop us from performing our rituals. DDMA's work is to clean the Yamuna and not to ban people from going there." BJP West Delhi MP Parvesh Verma had also reached the Yamuna Ghat at Delhi's ITO on Wednesday.