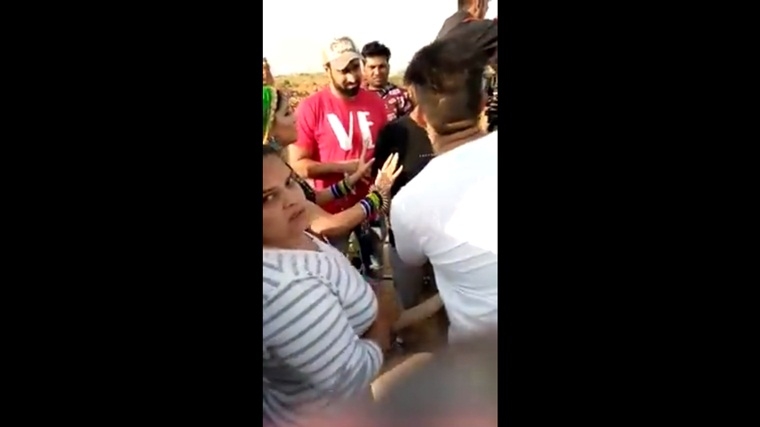 On Saturday, villagers of Khabha in Jaisalmer chased out Haryanvi dancer and singer Sapna Choudhary of village. Villagers also stopped her film shoot and compelled Choudhary and her crew to leave.

A video of the incident has gone viral on social in which it can be seen that villagers were seen arguing with Sapna and her crew. They later forced Choudhary and her crew to leave.

Sapna Choudhary formally joined the Bharatiya Janata Party (BJP) at an event of the party's newly launched membership drive at Jawaharlal Nehru Stadium in Delhi. The former Bigg Boss contestant made headlines after Uttar Pradesh Congress chief Raj Babbar tweeted a picture of the singer along with Priyanka Gandhi Vadra and welcomed her to the party. However, she categorically denied having joined the party.

Soon after her denial, the BJP came out in support of Sapna Chaudhary and hit out at the Congress claiming that the party used her old pictures to spread the news that she has joined the Congress and will contest from Mathura against BJP candidate Hema Malini.