A video of Aligarh Muslim University (AMU) student leader Farhan Zuberi, threatening to behead those insulting Islam, has surfaced on social media. This comes on the heels of the recent terror attacks in France, "anti-Islam" comments made by French President Emmanuel Macron and calls for boycotting French brands by the Muslim world.

Addressing the AMU protesters, Farhan Zubairi can be heard saying, "If anyone commits blasphemy, we will behead him. Because, our foundation and the foundation of Islam is based on the Kalma -La Ilaha Illallah, Mohammed-un-Rasool Allah (There is no God but Allah, and Muhammad is his messenger). If anyone does wrong to our Creator, then we will not tolerate it.”

"No follower of any religion tolerates deliberate insult to their own Prophet. What has further inflamed Muslim sentiments is that the President of France has invoked the issue of freedom of expression to justify such agenda of hate against Muslims," PTI quoted Zubairi as saying on Friday.

"We will intensify the ongoing protest and boycott all French products because this is the most potent way to express our anger and anguish on such a disturbing issue," he further said.

On Friday, a group of students had held a protest at the Aligarh Muslim University, condemning Macron's stand on publication of caricatures of Prophet Muhammad.

The students and some local residents took out a procession on the AMU campus Thursday, chanting slogans against Macron and calling for a boycott of French products.

Why were the Aligarh Muslim University students protesting?

On October 17, a 47-year-old French middle school history teacher Samuel Paty was decapitated in a Paris suburb days after he took a class on freedom of expression in which he showed caricatures of Prophet Muhammad from the satire magazine Charlie Hebdo to his students. These were reportedly the same caricatures which led to the 2015 terror attack on Charlie Hebdo’s headquarters.

After the teacher's murder, Macron said, "(Paty was killed) because he embodied the Republic which comes alive every day in classrooms, the freedom that is conveyed and perpetuated in schools. Samuel Paty was killed because Islamists want our future and because they know that with quiet heroes like him, they will never have it.”

Even before the attack, Macron had defended the magazine, saying that the right to free speech included the "right to blaspheme", and pledged to fight against "Islamic separatism" in France.

Macron's comments did not go down well with the Muslim world, with many nations including Turkey, Pakistan, Kuwait, Jordan etc., calling his statements as the ones “creating further polarisation & marginalisation”. 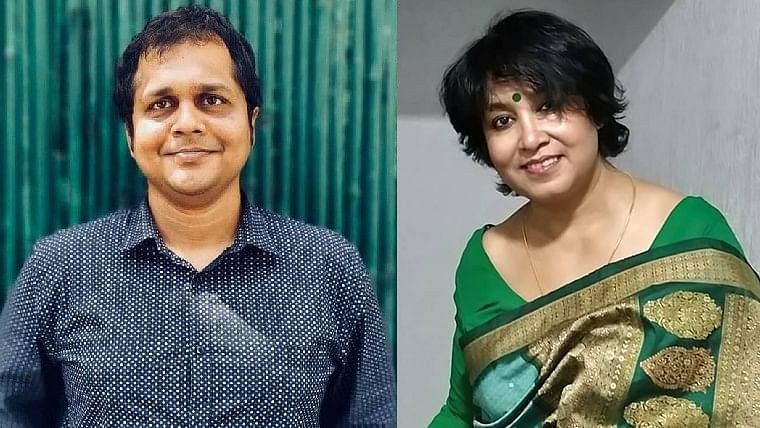