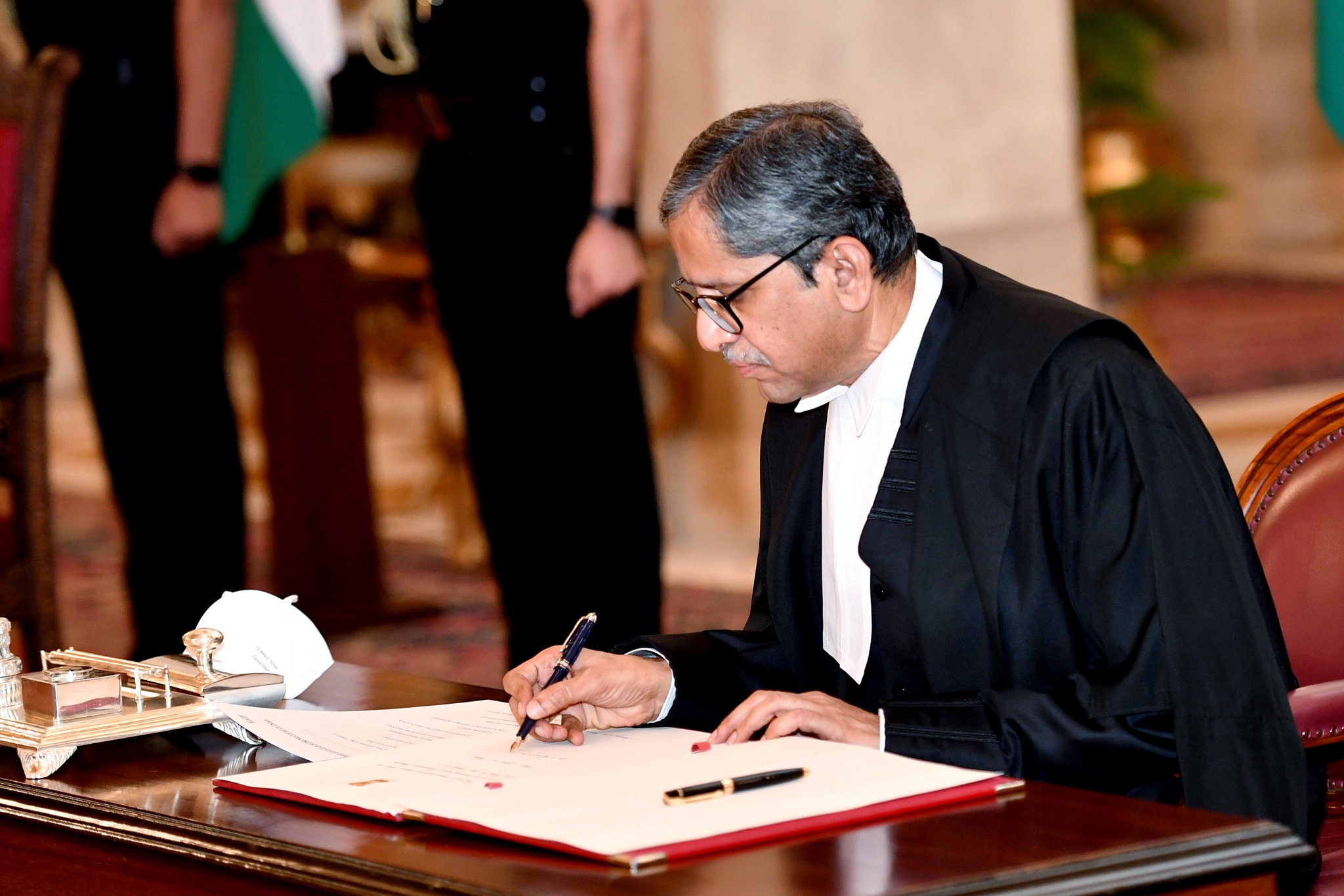 New Delhi: Flagging the nexus between politicians and bureaucrats, especially police officers, Chief Justice of India N.V. Ramana on Friday observed that he was once considering setting up standing committees headed by Chief Justices of high courts to examine complaints of atrocities against police officers.

"I have lot of reservations about the manner in which bureaucracy and police officers are behaving in this country.

"I was at one time thinking of creating standing committees to examine atrocities and complaints against bureaucrats, particularly police officers, headed by the Chief Justice of the high court…I want to reserve that…Don't want to do now," he said.

On September 27, the top court told Singh's counsel that his client cannot take protection from arrest in every case, and pointed out that things take a wrong turn when people start extracting money, as they were close to the government.

"When you're good with government, you may extract... then you've to pay back with interest. This is too much, why should we grant protection to such officers?", the Chief Justice had remarked, adding that such police officers must not be protected but must be jailed.

On August 26, the top court had orally referred to a disturbing trend, where police officials, who had sided with the party in power, are later targeted when another political dispensation comes to power.

The Chief Justice had said: "When a political party is in power, police officials side with it.... then, when a new party comes into power, the government initiates action against those officials. This is a new trend, which needs to be stopped."

Three special leave petitions have been moved before the apex court against the Chhattisgarh High Court orders, where the court declined to quash the FIRs against Singh.

A case was filed against Singh based on a written complaint by the state Anti-Corruption Bureau, based on preliminary findings that he had amassed disproportionate assets. Certain documents were seized from his possession, which pointed at his involvement in a conspiracy against the government.