Uttarakhand Chief Minister Pushkar Singh Dhami, who is in the fray for the election, claimed that the district "will create history" with 100 per cent voting

Champawat: Polling for by-election to the Champawat assembly seat in Uttarakhand began on Tuesday morning.

Uttarakhand Chief Minister Pushkar Singh Dhami, who is in the fray for the election, claimed that the district "will create history" with 100 per cent voting.

Dhami, who had in the State Assembly polls held in February lost from Khatima, is contesting from Champawat to become an MLA. According to the Constitution, he needs to fulfil this requirement within six months of being sworn in.

"I extend my greetings to every voter from Champawat for the by-elections being held today. People have started coming to the polling centres. A new history of Champawat will be created today by 100 per cent voting in the by-elections," Dhami told ANI.

On Monday, Dhami campaigned in Banbasa. Earlier, Dhami exuded confidence in winning the bypoll stating that it is not "even a party poll now" as the people will vote for him. He also held a roadshow in the Madli Talli town of Champawat district on Friday.

Despite the BJP winning the majority in the Uttarakhand Assembly elections held earlier this year, Dhami lost the Khatima constituency to candidate Bhuwan Chandra Kapri by a margin of 6,579 votes. BJP MLA Kailash Gehtori resigned from the Champawat assembly seat to pave the way for Dhami to contest by-polls.

Other candidates in the fray include Congress' Nirmala Gehtori, Manoj Kumar Bhatt from Samajwadi Party and Independent candidate Himanshu Gadkoti.

Read Also
Who is Munni Rajak? Know about the Dalit politician who's a RJD candidate for Bihar legislative... 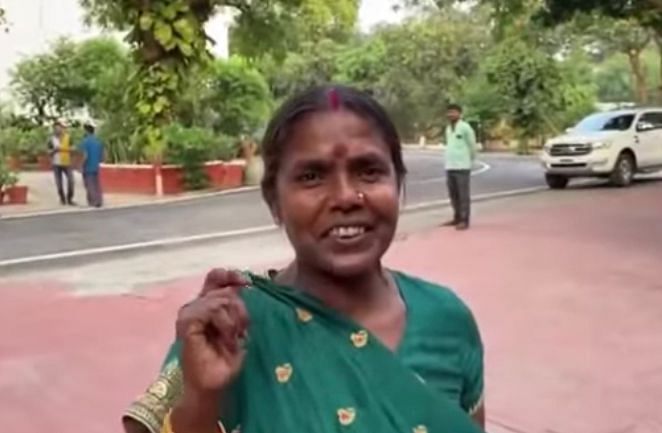