The departed leader's eyes will be donated as per his and family's wish, hospital sources said.
PTI 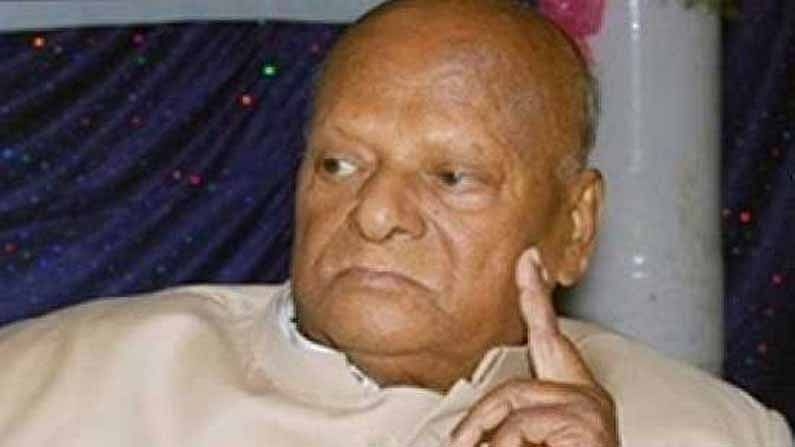 Veteran Congress leader and former Union Minister R L Jalappa died at a hospital in Kolar on Friday. He was 96 and was suffering from age related ailments including kidney and lung issues, family and R L Jalappa Hospital sources said.

The veteran leader was undergoing treatment in ICU for some time now, they said, adding that he was also affected by paralysis and blood clot in the brain for which he had undergone surgeries earlier this year.

"He (Jalappa) passed away at 7:30 pm...he was unwell for the last 15-20 days...the body will be shifted to his native village of Tubagere and the arrangements will be made at our farm house there for people to pay their last respects tomorrow. Last rites will be performed at about 4 pm at R L Jalappa college campus in Doddaballapura," his grandson told reporters in Kolar.

The departed leader's eyes will be donated as per his and family's wish, hospital sources said.

Jalappa, a four time Member of Lok Sabha, had also served as Union Minister in the Deve Gowda Cabinet. He is also the chairman of the Sri Devaraj Urs Medical College, Kolar.

Born on October 19, 1925, at Rajanukunte in Doddaballapur Taluk of Bengaluru Rural district, he graduated from Maharaja College, Mysuru.

Jalappa was initially with Congress and quit the party with Devaraj Urs who formed the Karnataka Kranti Ranga, which later merged with the Janata Party. He then joined the Janata Dal and was elected to the Lok Sabha in 1996, from Chikballapur and served as the Union Minister of Textiles from 1996 to January 1998.

He quit Janata Dal and resigned as minister to rejoin the Congress, from which he got re-elected to the Lok Sabha, and remained its member till 2009, winning successive elections. Before becoming MP and Union Minister Jalappa had served as MLC, MLA and cabinet Minister in the state government.

Beginning his political life from a co-operative field, he was elected as a director and became chairman of State Apex Bank. His organisational skills were recognised by former Chief Minister Devaraj Urs, who made him a member of the Karnataka Legislative Council. He was MLC from 1980-83.

Condoling Jalappa's death, Chief Minister Basavaraj Bommai said he was a senior leader in state politics who strived for social cause by establishing many educational institutions.

"His death is a big loss for gentle politics in the state. May the almighty give the strength to his family to bear this loss," he said.