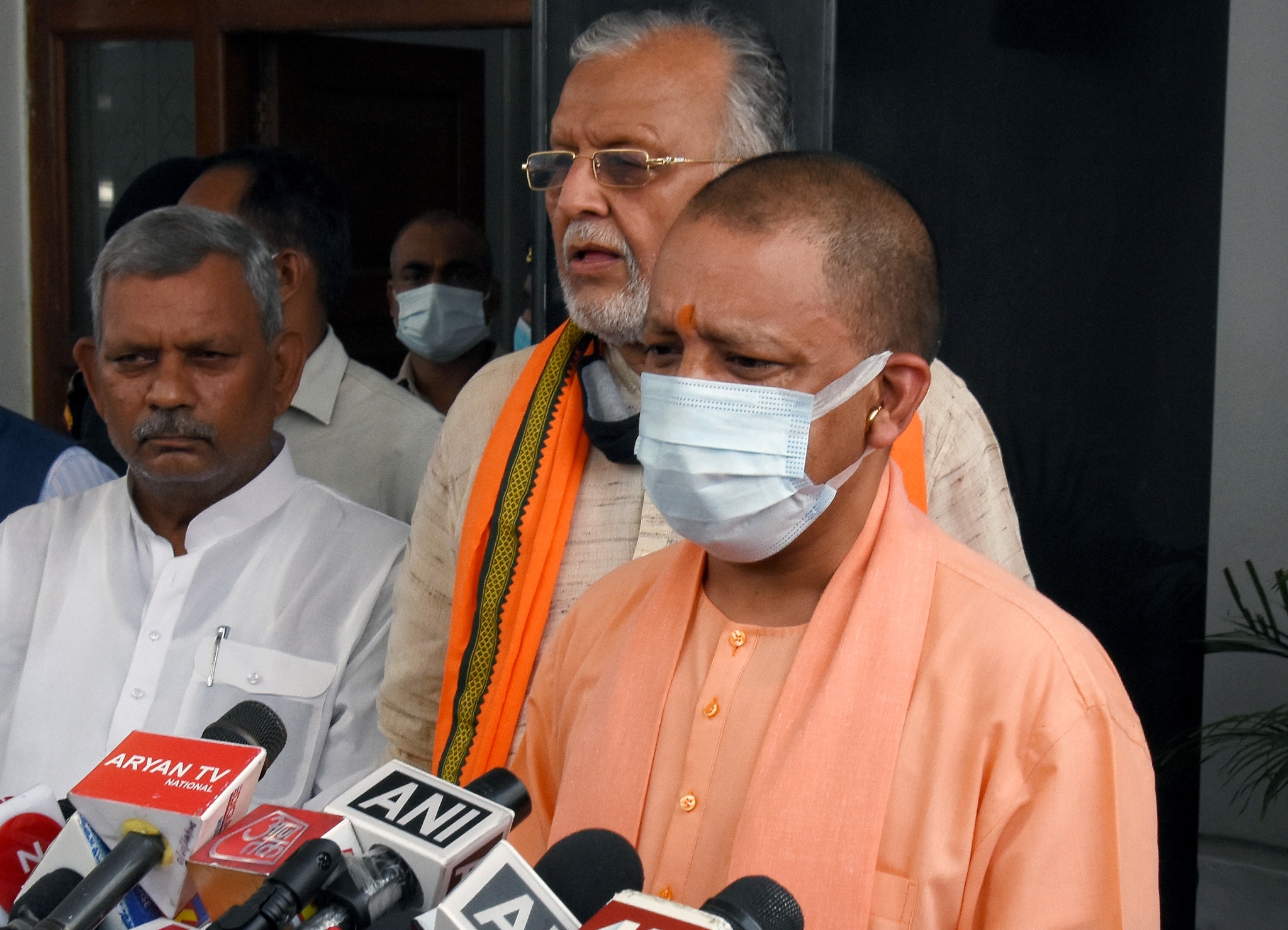 Brushing aside all speculations, the in charge of Bhartiya Janta Party (BJP) in coming assembly polls of Uttar Pradesh, Dharmendra Pradhan has said that Yogi Adityanath would be the CM face. The state BJP president Swatantra Deo Singh and deputy CM, Dr Dinesh Sharma too have echoed similar voices in favour of Yogi.

Union cabinet minister Dharmendra Pradhan was recently made in charge of UP for the assembly polls. Pradhan was in Lucknow on Friday to hold meeting with the state leaders and probable alliance partners. During his visit to UP, he met with the Nishad Party chief Dr Sanjay Nishad and finalized the alliance for the coming assembly polls. While talking to media on Friday, Pradhan said that BJP would contest UP assembly polls under the leadership of CM Yogi Adityanath. He said that with proper co-ordination of organization and the government, BJP would win in a big way again. The union minister said that he has been visiting UP for the last many days and people here are deeply impressed with the governance of Yogi.

The UP BJP in charge on this occasion also announced that the party would forge an alliance with Nishad party. The UP BJP has agreed to give one seat to Nishad Party chief in the legislative council under the nominated category. According to a senior leader of UP BJP, the party would leave few seats in eastern districts for Nishad party to contest.

Meanwhile the deputy CM of UP, Dr Dinesh Sharma too has said that the issue of CM face in the coming assembly elections has already been decided. He said that if voted to power again, Yogi Adityanath would be the CM of UP and there is no doubt in it. He said that BJP government in UP has worked for the welfare of all castes and religious group; hence it would get an overwhelming support from all sections of society 'Apna Dal will also be part of coalition': BJP strikes alliance with Nishad Party ahead Uttar...