According to insiders in SP, the RLD Chief Jayant was seeking third seat of RS for himself and talks were going on with Akhilesh Yadav

Lucknow: With numbers to win three Rajya Sabha seats from Uttar Pradesh, two candidates of Samajwadi Party on Wednesday filed nomination. However suspense continues on the name of the third candidate of SP. Rumors were on the rife that SP Chief Akhilesh’s wife Dimple could file nomination as third candidate dumpling the claim of ally Rashtriya Lok Dal (RLD) chief Jayant Choudhury.

According to insiders in SP, the RLD Chief Jayant was seeking third seat of RS for himself and talks were going on with Akhilesh Yadav. Later on, Akhilesh Yadav decided to field his own party candidate for the third seat also and Dimple could be its nominee. On Wednesday noted lawyer and former congress leader Kapil Sibbal filed his nomination of RS with the support of SP. Sibbal has chosen to file nomination as an independent candidate and not on behalf of SP. When asked about his association with congress, Sibbal said he had resigned on May 16. SP has also fielded former RS member Javed Ali who filed nomination on Wednesday.

When asked about relations with RLD, a senior SP leader said that Jayant and Akhilesh have solved the issue of RS seat amicably and very soon, the name of the third candidate would be announced. According to him, SP might accommodate RLD in the state legislative council elections by giving one seat to it.

On Sibbal’s candidature he said that senior Samajwadi Party leader and former minister, Azam Khan had expressed his desire that noted lawyer Kapil Sibbal be sent to upper house. Sibbal had been instrumental behind the release of Azam who was in jail for more than two years on various charges. While Sibbal had appeared in the Supreme Court for Azam Khan, the later wanted to repay the debt.

The nomination process for 11 seats of RS from UP had begun on Tuesday. As per the strength in the state assembly, ruling Bhartiya Janta Party can easily send seven while SP 3 of its candidates in the RS. In the UP assembly SP alliance has 125 while BJP & its allies 273 members. Both these parties would be having 14 additional votes for the 11th candidates. BJP is planning to field eighth candidate based on its 14 additional votes. To ensure victory in RS polls from UP 37 voters are required. 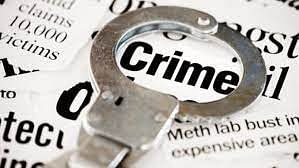