Lucknow: Incessant rains, swelling rivers and floods have created havoc in most of the Terai regions of Uttar Pradesh. While on Wednesday, there was some respite from rain that was continuing for the last four days, the floodwater released from the Nepal Dams has made the situation worse. The floodwater has swept away six people in Balrampur district of UP, four in Gonda and two in Shrawasti. Of these, ten have died while two still missing. Amidst heavy rains, lightning killed six people in Jhansi district on Tuesday late night.

The state government has admitted that around 25 lakh people of 2000 villages in 15 district are being affected due to flood. The Chief Minister has ordered the deployment of National & State Disaster Relief Forces in these districts with immediate effect. River Saryu, Ghaghra and Rapti have crossed danger mark and Ganga is swelling in Varanasi. In Sitapur district adjoining Lucknow the water released from the dams of Nepal has created havoc in hundreds of villages in three blocks. The district administration has recused people to safe places and flood alert has been sounded in most of the areas. In Bareilly district, the discharge from Nepal dams has resulted in swelling of river Ramganga and 154 villages have been facing danger of flood. 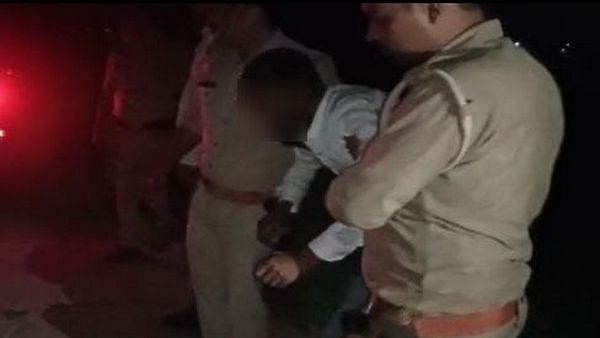 On Wednesday, Chief Minister Yogi Adityanath made an aerial survey of flood-affected areas in Balrampur, Shrawasti and Gonda districts and directed officials to carry on relief work. He has asked the official to increase compensation meant for the flood victims. CM also asked the group of ministers (GoM) to reach the flood affected areas and monitor the relief works.

The UP CM also called upon a high-level meeting at his residence to discuss the flood situation in the state. He asked the officials to activate control rooms in the district round the clock and provide all possible help to the people. He said that an assessment should be made about the crop damage due to floods so that relief is being provided to farmers.

AAP minister Satyendar Jain's masseur turns out to be a 'Ghodiwala'