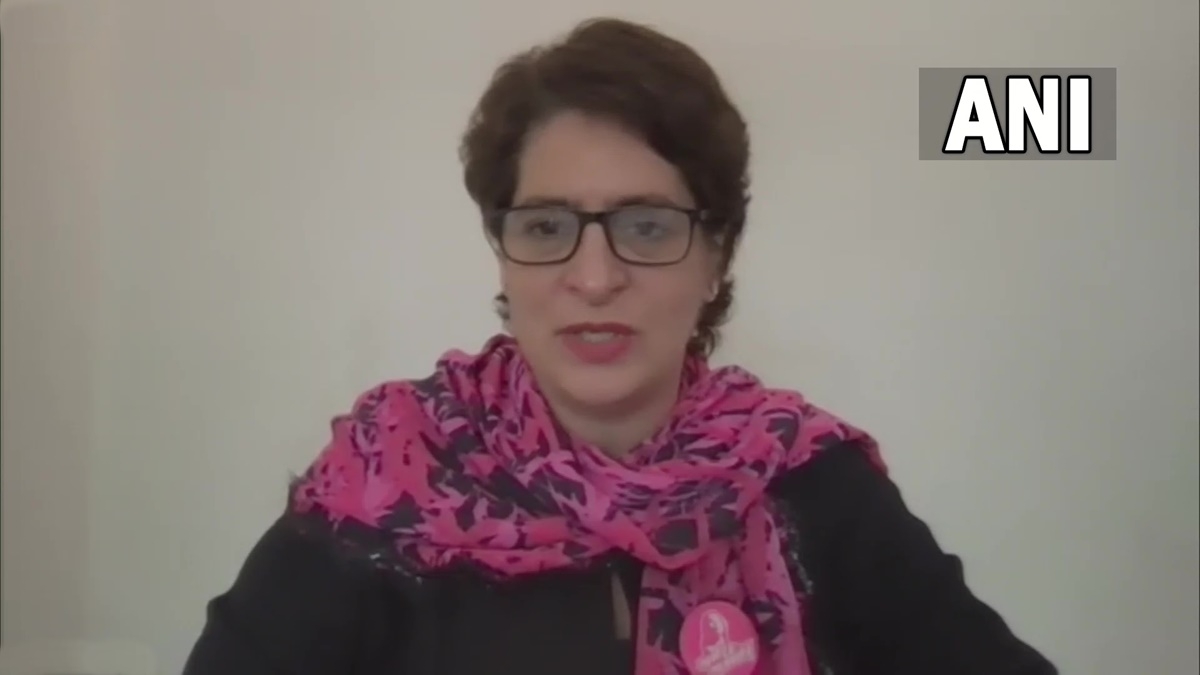 Congress leader Priyanka Gandhi Vadra on Thursday on Thursday released the party's first list of 125 candidates, including 50 women, for the upcoming assembly elections in Uttar Pradesh.

Addressing a press conference, she said 40 per cent of the Congress candidates are women and another 40 percent are youth and by doing so the party is making a new and historic beginning.

"Out of the total 125 candidates, 40% are women & 40% are the youth. With this historic initiative, we hope to bring in a new kind of politics in the state," she said.

"In the first list of 125 candidates for UP polls, 50 candidates are women, including Asha Singh, mother of the Unnao rape victim. From Shahjahanpur, we have fielded Asha worker Poonam Pandey who led an agitation for a raise in honorarium," she added.

She said the party has fielded such candidates who have struggled for seeking justice in Uttar Pradesh and the party wants them to come to the forefront and be a part of power in the state.

"Our list gives a new message. We want to tell those who have struggled for their rights and for seeking justice in the past, that they have the power to fight for their rights and the Congress party will give that power to them to be a part of power in the state," Priyanka Gandhi Vadra also said.

The AICC general secretary in-charge for Uttar Pradesh did not answer whether she will contest the elections herself.

She said the party will not run a negative campaign in these polls and will instead run a positive campaign for a bright future of Uttar Pradesh while highlighting the issues concerning the people and those of women and development.

Taking on the Uttar Pradesh government, she said, it has been "dictatorial" and the discussion in elections is skewed.

"Our focus would be to bring issues of people to centre-stage," she said.